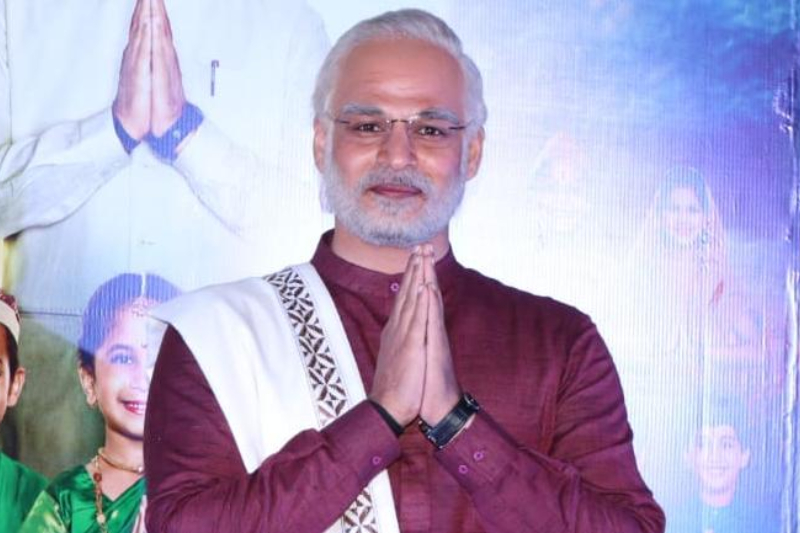 Seven-phased Lok Sabha elections in the country will begin on April 11 and end on May 19. Therefore, each and every political party have started campaigning with buckets full of promises and accusations on each other. On the other days, biopics and political leaders are raining these days. Right from “Thackeray” to “The Accidental Prime Minister” to “PM Narendra Modi”, all these biopics have become the talk of the town. However, the biopic based on PM Modi has fallen in deep trouble as the film will release amid Lok Sabha elections.

Congress and other political parties criticised the biopic of PM Modi as propaganda and termed its impending release during the poll process as a violation of the model code of conduct. Responding on this, film’s producer Sandeep Ssingh said there was “no political agenda” behind the movie.

After the Election Commission (EC) issued a show cause notice to producers of “PM Narendra Modi”, Sandeep Ssingh, Vivek Oberoi along with his lawyer Hitesh Jain appeared before the poll panel. Interacting with IANS, Sandeep Ssingh said, “We are in Delhi. We got the notice on Wednesday. Vivek and I came to Delhi and as asked by the EC met a team. We have submitted the papers as asked by it and are waiting for the reply.”

“Political parties wanted us to postpone or should not release the film either. We have submitted papers with the proof and documents that it’s nothing like that. There should not be a political agenda behind this. There should be a reason if the movie’s release has to be shifted from April 5 to any other date. Now they will get back to us,” he added.

Talking about the film, Sandeep Ssingh said, “We have made a film. We are living in a democratic country where everybody has the freedom of speech. It’s very simple. We are here to follow law, rules and regulations as citizens of the country.”

On the Congress labelling the biopic as propaganda, the film’s producer said, “Allegations are there. Everybody is talking without seeing the film and they should have a reason for that. Be it RPI, MNS, DMK, CPI or Congress, they all are raising objections only because of the release date.”

It is to be noted that “PM Narendra Modi” depicts the journey of Indian PM from his humble beginnings to becoming the Prime Minister of India. It also stars Boman Irani, Zarina Wahab, Darshan Kumaar and Manoj Joshi.