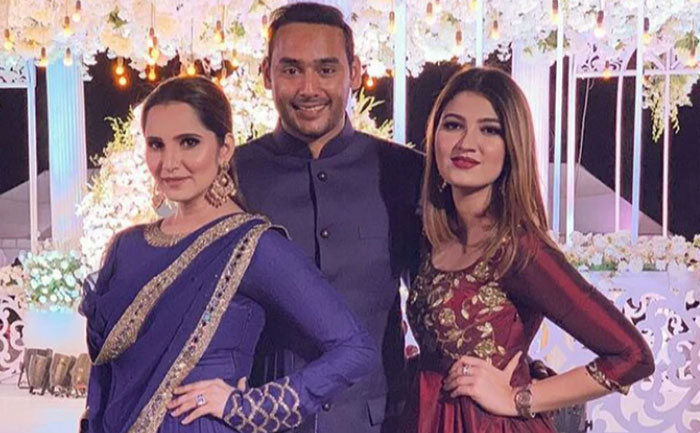 Sania Mirza‘s sister Anam Mirza is all set to get married to former Indian cricket captain Mohammad Azharuddin’s son Asad. This news was confirmed by Sania who also revealed that she and her sister have been to her bachelorette trip already and everyone’s really excited about the wedding.

Sania Mirza quoted to TOI, “She is actually getting married in December. We just came back from her bachelorette trip to Paris. We are really excited.”

“She is marrying a lovely boy. His name is Asad and he happens to be the son of Mohammad Azharuddin and we are really excited about it”

In September, Anam Mirza also took to her Instagram and shared the pictures from the bachelorette party in Paris.

Sania’s sister Anam is seven years younger than her and is also a popular fashion designer. The rumours about Aman and Asad became after Sania’s social media post, where she uploaded a photo with Azharuddin’s son and captioned it as “Family”.

The Indian tennis star had tied the knot in 2010 to the Pakistani cricketer Shoaib Malik. The couple was blessed with a son named Izhaan Mirza Malik. Sania had taken a break to enjoy her motherhood and currently, she is working towards a comeback to the professional circuit.