In the film Sarileru Neekevvaru Mahesh Babu will be seen playing the role of an army officer. 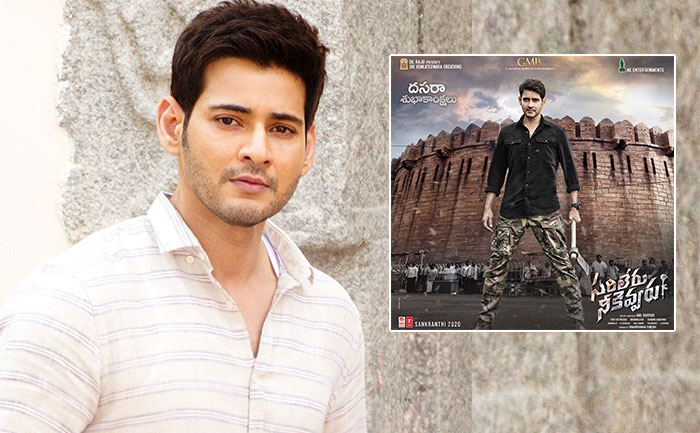 Mahesh Babu is these days trending all over the internet. The Telugu superstar fans are going crazy for his upcoming film. His fans are eagerly waiting for his next film to release. The actor’s film is slated to release next year. Since past four years the actor has done some mind-blowing films. The Srimanthudu actor fans can’t wait to see him again.

The actor’s film Sarileru Neekevvaru is currently under shoot. The film will be a mass entertainer film. The Mahesh starrer film is much-awaited in Tollywood. What exciting about the news is that a brand new poster will be disclosed today on the eve of Dussehra.

Directed by Anil Ravipudi, the film emphasis on actions, emotions and loads of entertainment. The leading lady of the film is Rashmika Mandanna and the Vijayashanthi has the most important role in the film. In the new poster, Mahesh surprises everyone with his heroic, indomitable look. The poster is a delightful treat for his enthralled fans.

The team of Mahesh took to twitter and announced that only 24 hours were left for the poster to be unveiled.  The caption read, “24 Hours To Go Get ready for our Super Star @urstrulymahesh’s#SarileruNeekevvaru Dussehra Special Poster Tomorrow t 5:04 PM!  DussheraKaanuka!!! @AniRavipudi @ThisisDSP @Rathnaveludop @AnilSunkara1.”

The actor shared the brand-new poster of the film on his twitter account. Here have a look at it below.

The name of Mahesh Babu as an army officer in the film will be Ajay Krishna. Besides Mahesh, the star cast of the film are Prakash Raj, Rashmika Mandanna, Vijayashanthi, Tamannah Bhatia, Pooja Hegde and more. Produced by AK Entertainments the film will release next year in the month of January.