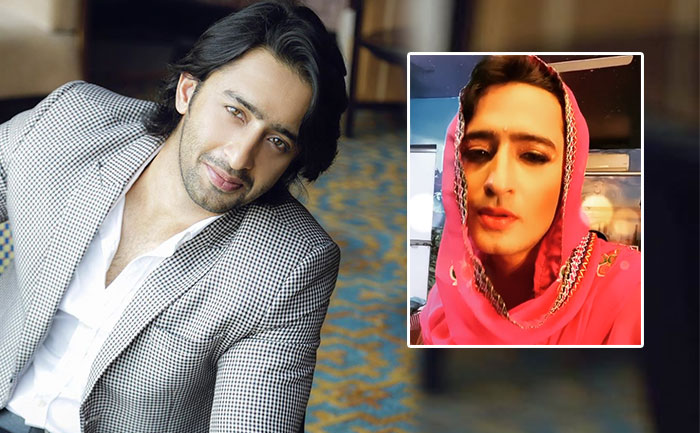 Actor Shaheer Sheikh one of the most sought after star of the small screen has a huge fan following. The true blue star of Indian Television is not only blessed with good looks but is also talented. The hunk has been winning hearts as Abir in the popular television drama ‘Yeh Rishtey Hain Pyaar Ke’. He loves to share his day to day details with his ardent fans.

Sheikh’s social media posts are a rage among fans but his recent post has left them stunned. In a video shared by Shaheer, he is dressed up as a woman. He had captioned the video as, “Husn Ke Hazar rang.. #yehrishteyhainpyaarke #madMe #shaheersheikh.”

Shaheer is looking stunning dressed in a pink coloured embroidered dupatta with some makeup, especially on his eyes. It was quite difficult to recognize the actor in the video. His video brought about a varied response from his fans who just could not believe it.

On the work front, Shaheer is busy playing the role of Abir Rajwansh in hit show Yeh Rishtey Hain Pyar Ke. He is paired opposite Rhea Sharma who plays the role of Mishti Maheshwari. This show is a spin-off for Yeh Rishta Kya Kehlata Hai. The show has recently got a leap in the storyline wherein Shaheer has undergone a transformation for his role. Shaheer has also appeared on shows such as Kuch Rang PyaarKe Aise Bhi, Daastan-E-Mohabbat Salim Anarkali, Jhansi Ki Rani, Mahabharat etc.