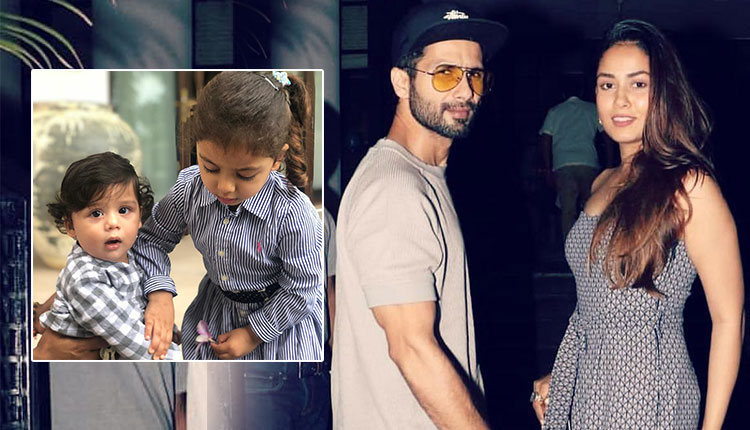 Shahid Kapoor and Mira Rajput’s adorable children are setting major sibling goals. The proud mother recently shared some cute pictures of her darlings on Instagram that are truly cute. Mira has shared pictures of the two li’l cuties twinning in blue and explained how they went from playing together to fighting.

In the first picture, Zain seems to be requesting his sister to let him hold the flower. Misha helps him hold it in the second picture. The third pic has her complaining to her mom that he has pinched her.

The clicks have taken the internet by storm and have garnered over 90,000 likes in just over an hour.

Shahid Kapoor married Mira Rajput in 2015 and they welcomed Misha in 2016. In September 2018, their son Zain was born. Misha and Zain frequently feature on both their parents’ social media profiles.

Creator of life and light, we praise thee this day for the beauty of thy world, for sunshine and flowers, storm-cloud and starry night, for the radiance of dawn and the last smouldering calm of the sunset.

If I say cheese will you give me a lollipop ?

On the work front, Shahid Kapoor is awaiting the release of ‘Kabir Singh’. The film that is directed by Sandeep Reddy Vanga, is a remake of Telugu film Arjun Reddy. The makers had recently unveiled a new poster of the movie.

‘Kabir Singh’ is the story of a brilliant surgeon dealing with alcoholism and anger management issues as he loses his love to another. The film also stars Kiara Advani. The movie will be released on July 21, 2019.