After Bigg Boss 13, Shehnaaz Gill will be a part of a new show title 'Mujhse Shaadi Karoge' alongside Paras Chhabra but looks like her father is against the show. 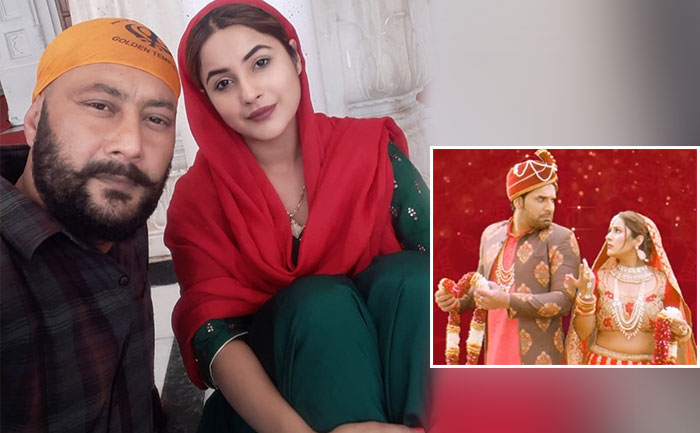 After Bigg Boss 13, Shehnaaz Gill and Paras Chhabra are all set to be a part of yet another Colors show titled ‘Mujhse Shaadi Karoge’ and promo for the same was released a few days ago. However, Shehnaaz’s father, Santosh Singh Sukh, seems to be against the planned wedding reality show.

In a conversation with Desi Martini, Santosh Singh Sukh (Shehnaaz’s father) said, “Instead of building an image of Sana that is close to Katrina Kaif, they are trying to build an image of hers like Rakhi Sawant’s.” he said.

He continued, “This problem has been created purposefully because they knew, my daughter has a lot of fan following and she is way ahead than the other contenders in Bigg Boss 13 and she has the potential to win the show.”

Further stating, he also criticized the channel saying that it’s a trick to make sure Sidharth Shukla wins the reality show. He said, “They have made sure the(Swayamvar)  promo is already out because they wanted the voting for Shehnaaz to stop so that they could make Siddharth Shukla the winner.”

Lastly, he said that he is not happy with the amount she received, “There are other contestants who have been paid Rs 2 crores but they haven’t quite done anything in the show. But my daughter is just given Rs 10 lakhs. She has done so much in the show and now they are literally driving her mad and they are making her do things,” he said.