Shilpa Shetty Kundra To Portray Mahesh Babu’s Aunt In His Next?

According to the latest reports, Shilpa Shetty Kundra portrays Mahesh Babu's aunty in his upcoming film. It is slated to be released in summer 2022 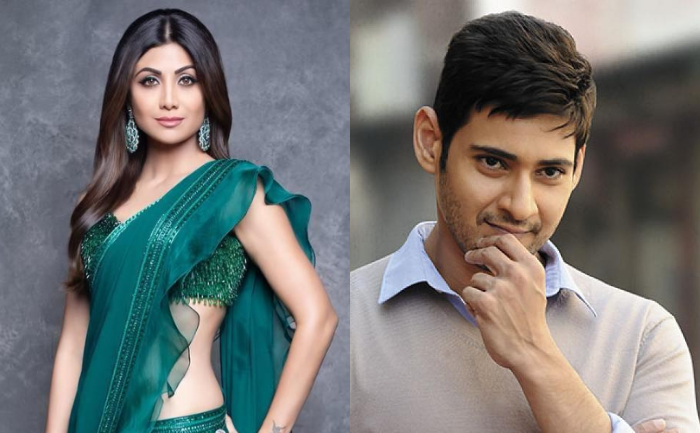 Bollywood actress, Shilpa Shetty Kundra is known to have made her Telugu film debut with Venkatesh starrer Sahasa Veerudu Sagara Kanya in 1996, it was received well by the audience. The actress didn’t do much in the south film industry post this film. According to the latest reports, she has been roped in to portray a prominent role in Mahesh Babu starrer which is being helmed by Trivikram Srinivas. The project is tentatively being called SSMB 28.

According to a report by Hans India, Shilpa would be seen as Mahesh Babu’s onscreen aunt in Trivikram’s SSMB 28. There is no official confirmation on the same, however, if these reports are true then the actress would be returning to Telugu films after years of gap. This one is being bankrolled by S Radha Krishna under his home banner Haarika and Haasine Creations and it is slated to hit the screens in summer 2022. The project also marks the third collaboration of Mahesh Babu and Trivikram Srinivas. The actor and director duo delivered hit films- Athadu and Khaleja.

What are your thoughts on Shilpa sharing the screen space with Mahesh Babu? Do let us know.

For the unversed, the actress has been going through a rough phase after her husband, Raj Kundra, both of her kids and few other family members test positive for Coronavirus. She has been actively posting information about a healthy lifestyle amidst the pandemic on her social media handles off late.

Shilpa had been gearing up for the release of Nikamma and Hungama 2, with these films she would mark her comeback in Hindi films.

Also Read:  Shilpa Shetty Shows How ‘Love In Time Of Corona’ Looks Like With THIS Pic

Bill Gates QUITS Microsoft board amid affair claims with employee