A Beautiful Day in the Neighborhood Trailer: Tom Hanks will make you cry buckets 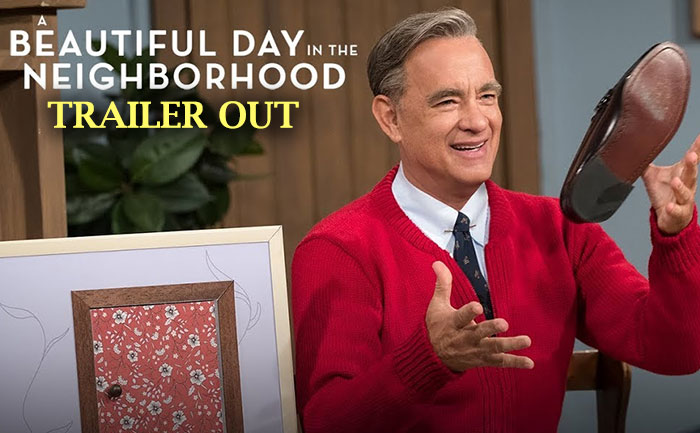 Hollywood superstar Tom Hanks is all set to grace the big screen once again. The talented actor was last seen in Sully and also as the voice of Sheriff Woody in the Toy Story film series. Hanks will soon be seen as Mister Rogers in A Beautiful Day in the Neighborhood. The first trailer of the Thanksgiving release was dropped recently.

A Beautiful Day in the Neighborhood is a biographical movie based on US television icon Fred Rogers. Hanks as Fred will touch your heart with his performance once again. Matthew Rhys will be seen essaying the role of Lloyd Vogel, an award-winning journalist. He is assigned to write a profile of the beloved kid’s TV personality.

The trailer introduces the actors meeting on the sets of A Beautiful Day in the Neighborhood and gives a glimpse of how everyone’s life is impacted by Mister Rogers.

The movie is produced by Youree Henley, Peter Saraf, Marc Turtletaub and Leah Holzer. Joining Hanks and Rhys in the cast are Susan Kelechi Watson and Chris Cooper.

‘A Beautiful Day in the Neighborhood’ will release on Nov. 22.