Here we take a look at popular South Korean dramas which are based on webtoons. The list includes True Beauty to Lucky Romance Kpop and Kdramas have become a worldwide phenomenon now over the last few years. The actors in many K-dramas can be impossibly pretty and certainly the secrete to their global recognition is their way of storytelling. South Korean dramas are popular for the presentation of the plot, technology, characters, culture as well as swoon-worthy content. There are quite a few popular dramas that are based on webtoons. From True Beauty to Lucky Romance-here we take a look at the popular dramas which have been adapted from the webtoons.

Five Popular K-drama Based On Webtoons:

True Beauty webtoon was adapted into a television series and it has been titled the same. The show premiered on tvN on December 9, 2020. The announcement of adopting the webtoon into a television series was done in July 2019. It featured Moon Ga-young, Cha Eun-woo and Hwang In-yeop in the key roles. It went on to bag many accolades from the audience.

The drama centers on the romantic and comedic interactions between Shim Bo-nui, a woman who has blind faith in superstitions and fortune-telling, with Je Soo-ho, CEO of a Game developer company who is a scientific and logical man. The drama series was based on the webtoon by Kim Dal-nim. 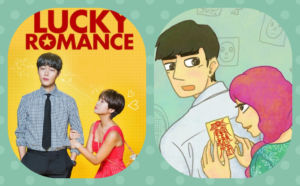 Her Private Life takes us to the life of a secret fangirl. The drama’s protagonist is Sung Deok Mi (Park Min Young), a full-time art curator and a part-time secret fangirl. She is obsessed with a K-pop boy band called White Ocean and is particularly smitten by member Cha Shi An. The series was based on Noona Fan Dot Com by Kim Sung-yeon. 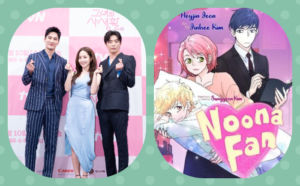 The drama follows the story of a high school girl Eun Dan-oh (Kim Hye-yoon), who is a student at a prestigious academy. Her hopes of freeing herself from the Writer’s control become stronger than before when she unexpectedly meets nameless Student Number 13 (Rowoon). The drama is based on the July Found by Chance by Moo Ryuyee, which was first published in January 2018. 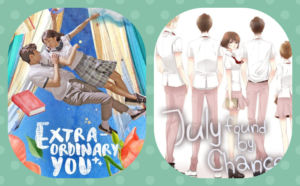 Codenamed City Hunter, Yoon-sung’s ultimate goal is to avenge his father’s killers. Using the identity of a Korean-American teenager, who is later revealed to have died several years before, he assumes a double life by graduating from MIT with a doctorate degree and lands a job at South Korea’s presidential palace. The drama paved a way for Lee Min-ho’s stardom. It was based on the Japanese manga series of the same name. 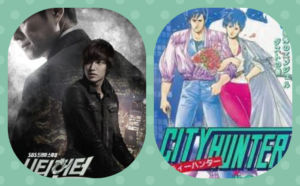 Which one are you planning to watch? Do let us know. For more such updates, stay hooked on to The Live Mirror.