Vanessa Bryant mourned and honored her daughter Gianna who died in a helicopter crash with father Kobe Bryant. 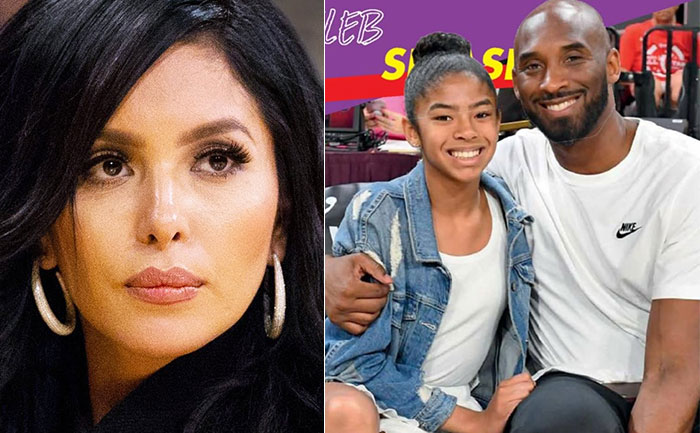 NBA Basketball icon Kobe Bryant, 41, and his daughter Gianna, 13 were among the nine killed in a helicopter crash in California ten days ago. On Wednesday Kobe’s wife, Vanessa Bryant mourned and honored her daughter who died along with her father and seven other people in the helicopter crash. The mourning mother posted an emotional message as Mamba academy debuts image of a commemorative patch

In an Instagram post, Vanessa Bryant wrote to “My Gianna. God I miss you. I’ve been so lucky to have woken up to see your gorgeous face and amazing smile for 13 years. Wish it would’ve been until my last breath. Mommy loves you to the moon and back. Infinity plus 1. #2 #Mambacita #GigiBryant ”

My Gianna. God I miss you. I’ve been so lucky to have woken up to see your gorgeous face and amazing smile for 13 years. Wish it would’ve been until my last breath. Mommy loves you to the moon and back. Infinity plus 1. #2 #Mambacita #GigiBryant ❤️

The post includes a photo of a gymnasium memorial to her daughter with Gianna’s name spelled out in flowers.

Vanessa then went on to post a series of pictures and videos from the ceremony at Harbor Day School in Corona Del Mar, where Gianna’s jersey No. 2 was being retired.

Earlier on Wednesday Vanessa Bryant had posted about missing her “best friend” with a picture of Kobe Bryant smiling in his Mamba Academy sweatshirt.

The Mamba Sports Academy, in which Kobe Bryant was a partner, also posted a picture of a new logo that will be worn as a patch on Team Mamba’s youth team uniforms in commemoration of the basketball coaches and team members killed in the crash. The patch has the numbers, 14, 24, 2, 5, 8 and the initials CM in a circle around the logo for the academy, which is in Thousand Oaks, California.

Never been prouder to be on Team Mamba.

As reported by CNN, The 14, and 5 represent the uniform numbers Gianna’s teammate — Alyssa Altobelli and Payton Chester — who were killed in the helicopter crash. The CM is for coach Christina Mauser. The 8 and 24 were numbers worn by Kobe Bryant, who also helped coach his daughter’s team. He was known as the “Black Mamba” during his playing days.