Nilgai buried alive Vaishali district of Bihar by a JCB machine. one booked 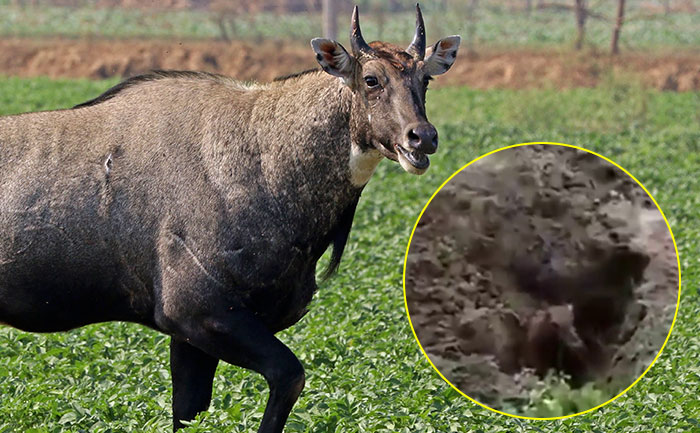 Cases of animal brutality are becoming common every day. After the shocking video of a stray dog being mercilessly beaten for taking shelter in a building in Mumbai. We now have a Nilgai being buried alive in a pit by a JCB machine in Bihar. Since the time this video went viral, it has been garnering outrage.

Check out the horrific video here:

In 2016, the Centre had allowed Bihar to designate nilgais as vermin, which meant that farmers were allowed to kill them. On the initiative of Vaishali MLA Rajkishore Singh, with the cooperation of the state government and local administration, a large number of nilgai (Blue bull/antelope) were shot by shooters hired by the forest department in Vaishali district of Bihar. The forest department has reportedly claimed of killing over 300 nilgais in the past four days. Most of the nilgais died on the spot, but one survived. The injured Nilgai met a tragic end as it was buried alive in a pit.

Vaishali SP Manavjit Singh Dhillon instructed the local Bhagwanpur police station to investigate the veracity of the viral video and when its authenticity came to light, sought clarification from forest department officials to take action on the people responsible for the live burial.

The police have filed an FIR against the driver of the earthmover used in the incident but no arrests had been made so far.