Vijay Deverakonda is the most searched South Indian actor of 2019 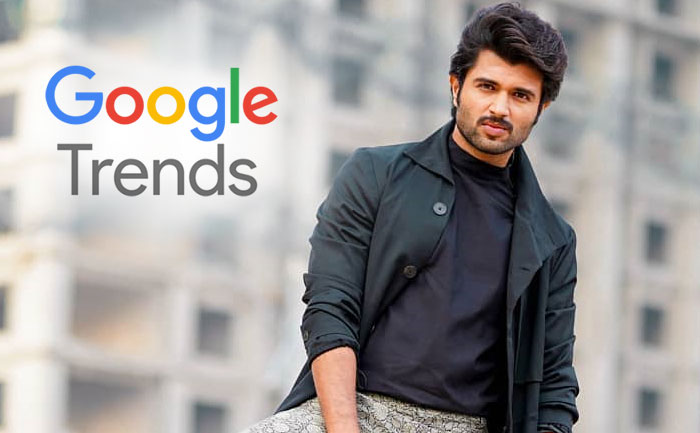 As per the data released by Google Trends 2019, Arjun Reddy star Vijay Deverakonda is the most searched South Indian actor in 2019. Vijay, who has an unprecedented fans following on social media has enough reasons to rule the the list. Most Searched Indian Personalities of 2019

The popular actor has recently been in the news for his unique promotional strategy. For his upcoming film titled ‘World Famous Lover’, Vijay Deverakonda has figured out some unique promotions. The shooting of his film is about to end and makers are likely to make four announcements this weekend.

The first announcement will be made by Aishwarya Rajesh on the 12th of this month followed by Izabella on 13th, Catherine Tresa on 14th and Raashi Khanna on 15th. All these announcements will be released exactly at 6:03 PM on respective dates. These four heroines are acting in this movie.

Directed by Kranthi Madhav and produced by K A Vallabha, ‘World Famous Lover’, is scheduled to release on February 14th as Valentine’s Day special.

Besides World Famous Lover, The South Indian star has also collaborated with director Puri Jagannadh, which has been reportedly titled Fighter. According to reports, the film will be produced by the filmmaker and actress Charmme Kaur. The shooting of Fighter will go on floors soon.