Arjun Reddy Star Vijay Deverakonda looked quite irritated at Mumbai Airport while being surrounded by paparazzi and fans. 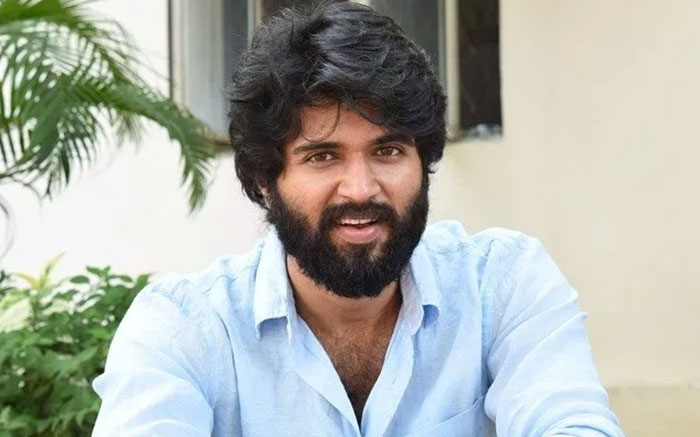 Arjun Reddy star Vijay Deverakonda is famous for his carefree and candid attitude. Recently, he visited Mumbai to have a word with Karan Johar. When the actor reached the airport, he caught the attention of paparazzi who kept on clicking his pictures.

He kept his cool for a while before it went overboard. While walking towards his car, the set of photographers kept calling him, “Anna”. Even the fans entered his space and clicked selfies with him. The actor doesn’t seem to be familiar with the culture in Bollywood, hence this behaviour irritated him a bit.

In this video, Vijay can be seen smiling for a while before getting irritated. After a while, the actor lost his cool and said, “What is this hadavadi, man?” Hadavadi means rush or commotion in Telugu while making his way.

Some people thought that Vijay said, ” Thalavali” (meaning headache in Tamil) instead of hadavadi.

Karan Johar has also bought the remake rights of the film Jersey. Looks like Shahid Kapoor is in talks with Dharma Productions to star in the remake of the film.

‘Kabir Singh’, the Hindi remake of Arjun Reddy, received mixed reactions from the audience. Although it was a blockbuster, it was hit with massive criticism for the film’s glorification of misogyny and violence against women.

Kabir Singh starred Shahid Kapoor and Kiara Advani in the lead roles. After the success of Kabir Singh, Vijay Deverakonda too became a household name up North.

Also Read : Dear Comrade: Sai Pallavi Walked Out Of The Film Due To The Lip-Lock Scene?