In A First, Woman Pilot To Join Rafale Fighter Fleet; Two Others To Fly Warship Choppers 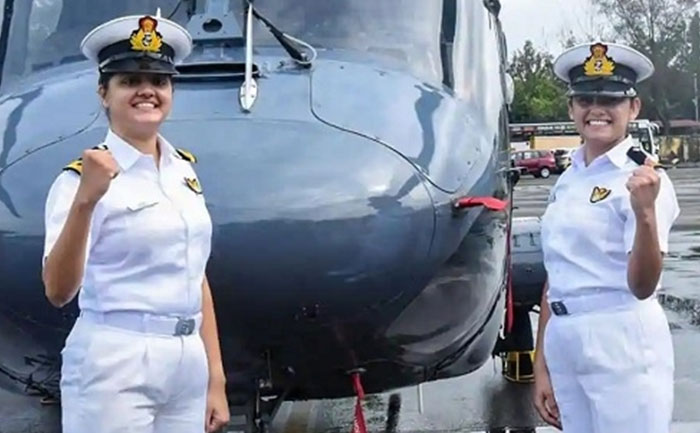 In a historic development, the Indian Navy has shortlisted two woman officers. They will be joining as ‘Observers’ (Airborne Tacticians) in the Indian Navy’s helicopter stream. Also, a woman fighter pilot of the Indian Air Force is likely to join the Golden Arrows squadron. She will be operating the newly inducted Rafale Jet.

As per ABP report, Sub Lieutenant (SLt) Kumudini Tyagi and SLt Riti Singh would be the first woman air combatants to stay on and operate from the deck of a ship.

The real empowerment of women under the @narendramodi Govt.!@PandaJay congratulates and conveys his best wishes to SLt Kumudini Tyagi & SLt Riti Singh on being selected to join as ‘Observers'(Airborne Tacticians) in the #IndianNavy‘s helicopter stream.
Proud of you👏👏👏 pic.twitter.com/29WtOXeGY9

Earlier, entry of women was restricted to the fixed-wing aircraft that took off and landed ashore. However, the recent decision has come out as a landmark occasion. Women will now be trained in helicopter operations for the first time.

In another first, we have a woman officer being inducted in Indian Air Force’s 17 Squadron ‘Golden Arrows’.

A woman fighter pilot of the Indian Air Force will soon join the newly-inducted Rafale fighter fleet as one of its crew flying the multi-role aircraft.
🇮🇳🇮🇳 Flight Lieutenant Avani Chaturvedi#IndianAirForce pic.twitter.com/yPAFEmnewm

As per PTI reports, the woman pilot is undergoing intensive training to join the fleet. The pilot has been flying the MiG-21 fighters and was selected for the Rafale fleet following an internal process.