After Creating Much Anticipation, The Makers Of 'Wonder Women' Have Unleashed The Release Date Of The Film. The Action Extravaganza Will Be Released In Cinemas On Christmas 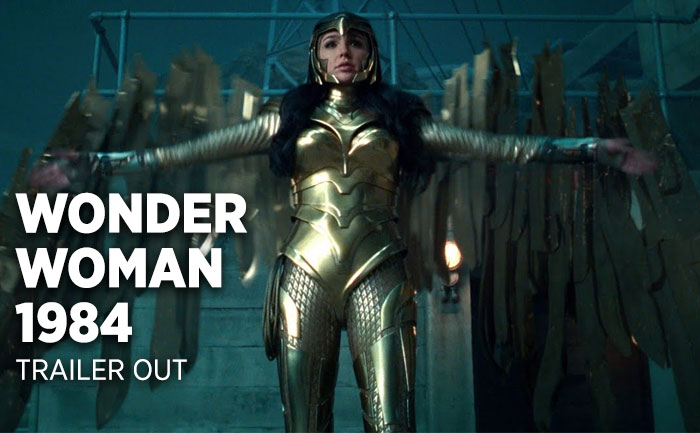 Gal Gadot-led sequel-‘Wonder Women 1984’ is one of the most anticipated film from Hollywood. After treating the audience with an action packed trailer, the makers have now unleased the final release occasion for the film. Due to the pandemic Coronvirus lockdown, the film’s production process was stalled. However, the makers to now unveiled the release of the film.

Talking about the release date of the film, Ann Sarnoff, Chair and CEO of WarnerMedia Studios and Networks Group stated in a statement that, “As we navigate these unprecedented times, we’ve had to be innovative in keeping our businesses moving forward while continuing to super-serve our fans.” The film will be out in theaters on the occasion of Christmas, but it will also be made available to HBO Max subscribers free of charge for its first month. It will be releasing on December 16 in theatres around the world

Gal Gadot took to her official Twitter handle and shared the update about the film’s theatrical release. She shared through her cryptic post, “It’s time. We’ve all waited a long time for this to come. I can’t tell you how excited I am for all of you to see this movie. It wasn’t an easy decision and we never thought we’d have to hold on to the release for such a long time but Covid rocked all of our worlds. We feel the movie has never been so relevant and we hope that it’ll bring some joy, hope and love to your hearts. Wonder Woman 1984 is a special one for me and I can only hope it’ll be as special to you too. We’ve put our hearts and souls into it.”

Check out the trailer video of ‘Wonder Women’ here below:

Are you excited for the release of this film? Do let us know. For more such updates, stay hooked on to The Live Mirror.