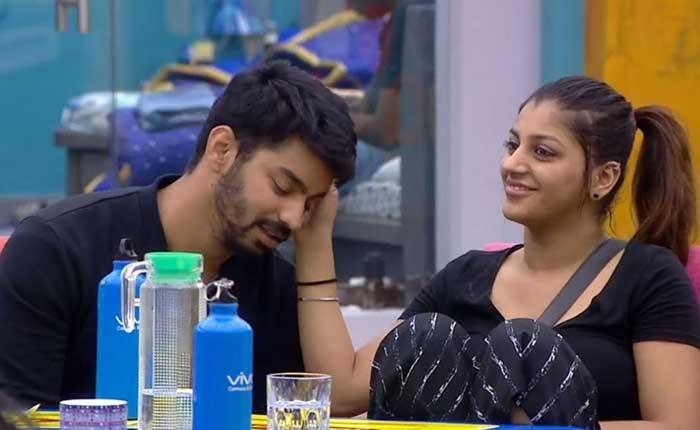 The third season of Bigg Boss Tamil is underway and it has created a lot of buzz owing to its drama, controversies, fun, fights and contestants. Kamal Haasan’s show is taking a new twist and turns as the show moves on. The latest episode of Bigg Boss 3 Tamil was graced by Bigg Boss Tamil 3 super hit pair Yashika Aanand and Mahat. Bigg Boss Tamil Season 3 Online Voting

The show which currently has six controversial contestants Tharshan, Sherin, Mugen, Sandy, Kavin and Losliya, has recently witnessed a shocking eviction of Charan. In the video, BB 3 Tamil contestants can be seen welcoming one of the most talked pairs Yashika Anand and Mahat in the house.

You can watch the video here:

The duo spoke to the contestants of Kamal Haasan’s show and advised them to play the game safely. The gorgeous Yashika appreciated the theme of this season.

Bigg Boss Tamil 3 has managed to maintain one of the highest TRP generating Tamil language TV shows since its inception. The popular reality TV show has come to a decisive phase where each and every contestant is making all possible efforts to secure place in the finale. Notably, Mugen has already secured his spot in the finals by winning the ticket to the final task.

Who do you think should win the title of Bigg Boss Tamil season 3?

Bigg Boss 3 Telugu Elimination Voting September 24: Sreemukhi to get evicted from the show?

Salman Khan on Inshallah being shelved: I don’t think God was willing at this point in time