After the killing of General Soleimani, Iran-backed Popular Mobilization Forces was hit by an airstrike 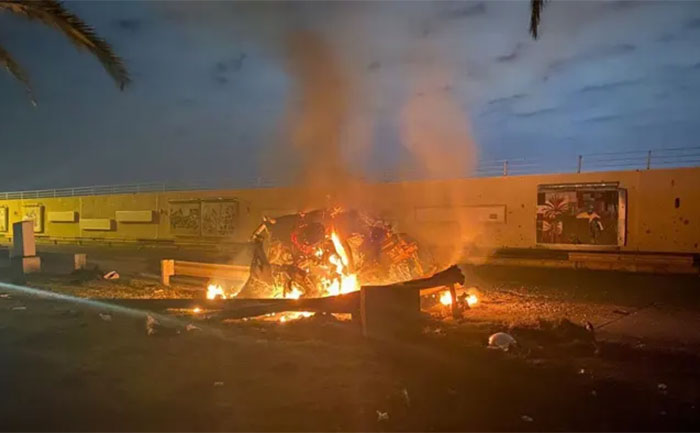 War clouds are looming high ever since a United States airstrike killed IRGC commander General Soleimani. The news was confirmed by the Pentagon while Iran’s Supreme Leader Ali Khamenei has promised: “a harsh retaliation” along with three-day mourning for the nation. Similarly, Iranian President Hassan Rouhani also promised that Iran will take revenge against the US.

Soleimani was the leader of the Quds Force, an elite Iranian military and intelligence unit. He one of the country’s most powerful military and political figures. Trump has said Soleimani was plotting “imminent and sinister attacks” on American diplomats and service members in Iraq.

The identities of those who are killed are not immediately known.

Reports indicating this was carried out by U.S. forces.

This could be an attack on #Iran-backed Asaeb Ahl al-Haq militias. pic.twitter.com/esNZE1UrZz

Tensions between the U.S. and Iran — already fraught since the Trump administration’s departure from the nuclear deal — have escalated drastically in the past month. But the latest airstrike has been met with concern by European officials and the United Nations, who have called for de-escalation.