Are Ananya Panday and Siddhant Chaturvedi the latest lovebirds of B-Town? Deets here 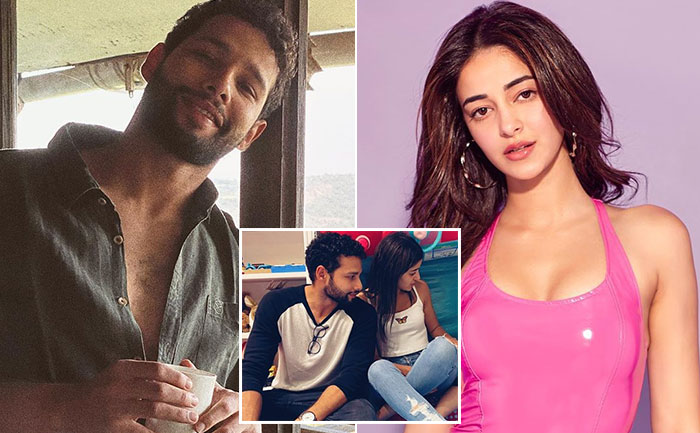 Bollywood actress Ananya Panday and Siddhant Chaturvedi are once again in news. The duo had recently made headlines for their comments on Nepotism. Siddhant had trended big time on social media for his savage response to Ananya Panday’s nepotism comments. Since then the two have been often spotted together. Recently they were seen  at Karan Johar’s twins birthday bash sparking dating rumours.

Siddhant and Ananya were seen spending time with Karan Johar’s twins Roohi and Yash at their birthday bash. While Ananya was telling some cheesy bedtime stories to Ruhi, Siddhant looked all attentive and curious. Sidhant had shared a picture on Instagram in which Roohi can be seen listening to one of Ananya’s “cheesy bedtime stories” with Siddhant sitting next to them.

A post shared by Siddhant Chaturvedi (@siddhantchaturvedi) on Feb 7, 2020 at 6:52am PST

The rumoured couple was also spotted together going out recently but it turned out that they were meeting for their upcoming release.

#KhaaliPeeli co-stars @ananyapanday and @siddhantchaturvedi were photographed together in Mumbai. We also spotted @sunnyleone, @shraddhakapoor and @ileana_official in another part of the city. #AnanyaPanday #SiddhantChaturvedi #KhaaliPeeli #SunnyLeone #IleanaDcruz #ShraddhaKapoor #Spotted

On the work front, Ananya Panday who marked her Bollywood debut with ‘Student of The Year 2’ was next seen in ‘Pati Patni aur Woh’. The movie also featured Kartik Aaryan and Bhumi Pednekar. Ananya will next be seen in ‘Khaali Peeli’ with Ishaan Khatter.

Siddhant was last seen in Zoya Akhtar’s Gully Boy with Alia Bhatt and Ranveer Singh. He will next be seen in a Shakun Batra film. The movie also features Deepika Padukone and Alia Bhatt in pivotal roles. The movie that is based on a relationship drama is scheduled to release on February 12, 2021.