Unannounced Airpods Powerbeats Pro leaked through iOS 12.2 update, rumoured to be having a case. 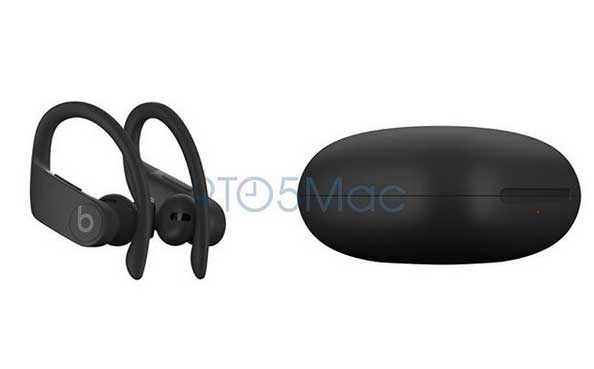 9to5Mac is able to pull some interesting news on unofficial Powerbeats Airpods. The new truly wireless version of Beats Powerbeat Headphone is going to be releasing next month as per the source. iOS 12.2 update is out today and it consists of imagery of the new headphones that is speculated as Powerbeats Pro.

The new design features a wireless headset which looks similar to PowerBeat3 except for the wire. The current edition cost $199.95 and comes with 12 hours of battery life. As per the source, the new edition of PowerBeat headphones will be available in two colour Black and White.

9to5Mac also found an image of Powerbeats Pro charging case which similar to AirPods Case that can fully charge the buds when it is not in use. One big feature that might be also added to the new edition is wireless charging. New edition of Apple Airpods had already been confirmed to have wireless charging support, the case used to secure the pods can share power with the iPhone.

The charging case for Powerbeats Pro is something new we are seeing. The image does not explain much about the actual design and features, but having a wireless one will definitely make this product a prevalent model against Apple Airpods.

Powerbeat 4 is also rumoured to be coming next month, it will include similar features from Powerbeat 3 like the H1 chip and voice supports. Compare to this Powerbeat Pro will be an entirely different model which carries the truly wireless design as its USP.

Powerbeat Pro leaked info does not reveal much about its price and release date, but we will soon update more.