Home > Entertainment > Bollywood > Arijit Singh Is All Set To Perform in Delhi on Feb 22, Says ‘Crowd Is Very Energetic’

Arijit Singh Is All Set To Perform in Delhi on Feb 22, Says ‘Crowd Is Very Energetic’ 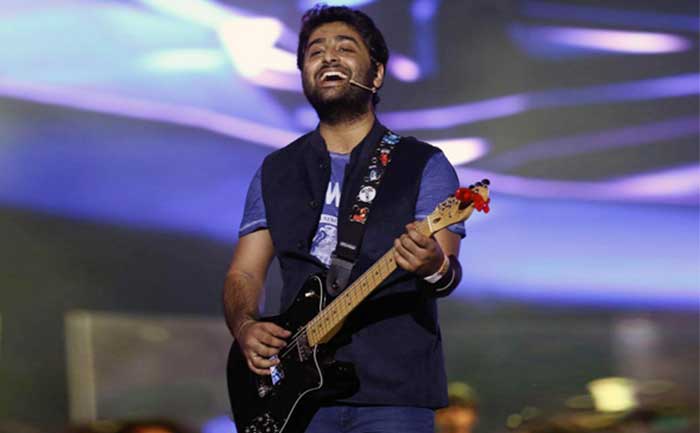 India’s no 1 singing sensation Arijit Singh is all to perform live in Delhi on February 22, 2020. The Pachtaoge singer is quite excited about the event becuase he has not performed at once in Delhi for the last two years.

Appreciating the high energy level of Delhities, Arijit Singh told Hindustan Times, “I’m really excited to be in the Capital nearly after two years. We always have a great experience whenever we perform in Delhi.”

“The crowd is really very energetic, and they sing along all of the songs that we play. I am looking forward to performing with them again,” he added.

Arijit Singh loves performing live in front of the thousands of audience as he can interact with them directly. He believes that live concerts are the only way that helps musicians interacting with their fans.

“We always love performing live for our fans, and singing with them. And it’s a very good feeling. They [live shows] are perhaps the only way for a musician to connect with the fans,” he concluded.