As per reports, rapper Badshah met with a car accident in Ludhiana; Deets Inside. 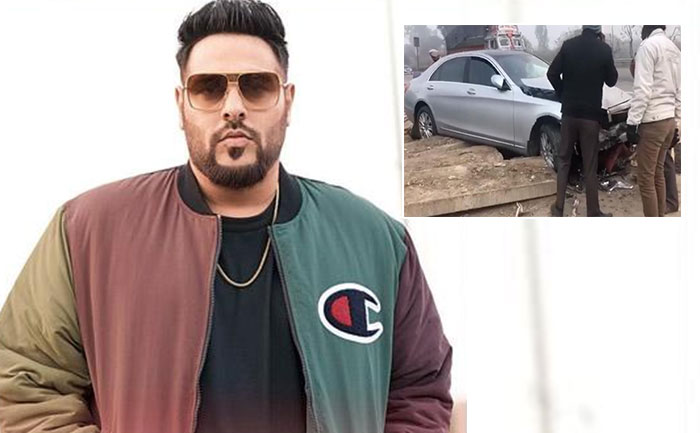 Rapper-singer Badshah’s car met with an accident on a film set in Ludhiana, Punjab. Reportedly the singer was also present in the car. However, no official statements about the accident have been given by the singer or by the makers of the film. As per reports, the rapper was shooting for a song sequence for an anonymous movie.

During the pile-up, Badshah’s vehicle too was destroyed, however, reports suggest that the rapper escaped unharmed after the airbags of his car opened. Now, a photo of the Badshah’s car has been surfaced online where it shows the car has a fully crushed bonnet.

Like if youre going to put a smile on a strangers face. Also KAMAAL kaisa lagaa?

However, on January 18, veteran actor Shabana Azmi and husband Javed Akhtar met with a car accident on Mumbai-Pune highway wherein their car crashed into a truck, the lyricist was unharmed, the actress was rushed to the MGM hospital in Navi Mumbai and later was shifted to the Kokilaben Dhirubhai Ambani Hospital. But now, she is back home and the actress took to Twitter to appreciate all her fans for their prayers.

Now the recent updates are anticipated on this accident since it’s still not confirmed if rapper Badshah was actually present in the car or whether he suffered any severe injuries.

Stay tuned to The Live Mirror to know more.

ALSO READ: Rishi Kapoor Back In Mumbai, Reveals Why He Was Hospitalised; Find Out