The winner of Bigg Boss 13 will reportedly be given Rs 1 crore as prize money. 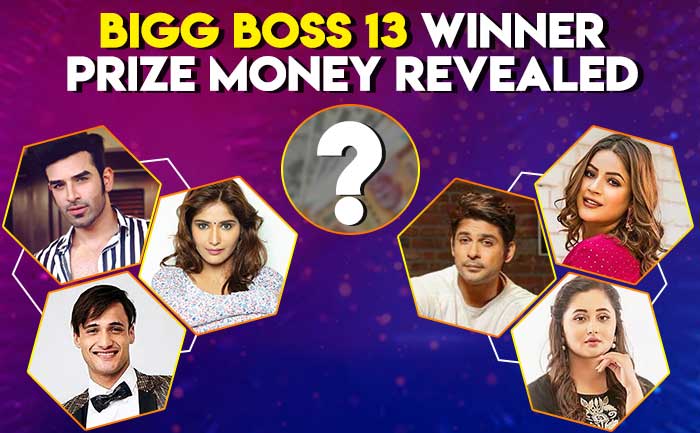 If there is anything that people are currently waiting, it is an announcement of Bigg Boss 13 winner. Yes, Bollywood superstar and host of the show, Salman Khan is all set to declare the name of BB 13 winner on February 15, 2020. List of All Bigg Boss Seasons Winners

There are six contestants namely Asim Riaz, Sidharth Shukla, Arti Singh, Shehnaaz Gill, Paras Chhabra, Shehnaaz Gill who have managed to enter the finale of Bigg Boss 13. One of them will be declared the winner of BB 13 winner on Feb 15, 2020. Bigg Boss Kannada Season 7 Prize Money Revealed

Notably, there is no official announcement is made as of now regarding the prize money of Bigg Boss 13 winner.Bigg Boss 13 Finale Live Streaming

The latest BB contestant who has been eliminated is Mahira Sharma. Yes, she will not be seen in the house of Bigg Boss 13 during the finale episode. As of now, there are six contestants namely Aarti Singh, Shahnaz Gill, Asim Riaz, Siddharth Shukla, Rashmi Desai, and Paras Chhabra remain in the house.