Web Series 2020 to binge on: Mirzapur 2 to The White Tiger and The Family Man 2 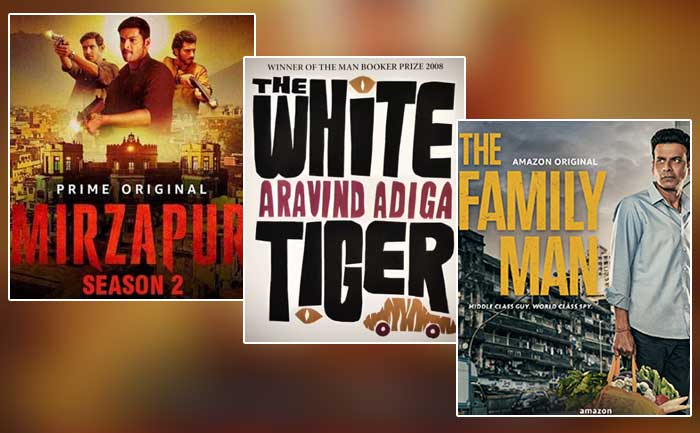 The new year has already began and with it has started the old craze of binging on web-series. For this year many Indian web series will bring the desi entertainment to the world of OTT platforms in a giant way. In fact, 2020 is going to be a year of digital debuts for the Bollywood stars with the likes of Kajol, Abhishek Bachchan as well as Kabir Khan. Not only that, it is going to be the year of breaking boundaries of mainstream entertainment which ensures an engagement of streaming and chilling out before the screen.

The time to watch the second season of Mirzapur has begun. Without thinking twice, get ready for the gripping series of Mirzapur. This entertaining web-series stars Pankaj Tripathi, Ali Fazal, Rasika Duggal and Shweta Tripathi.

In the meantime, the second season is anticipated to be more dramatic, vengeful as well as bloodier. In addition to this, it is expected that this time the second part will be more interesting and intriguing and whether how the plot would unfold after the death of Vikrant Massey’s character Bablu. The web-series streams on Amazon Prime video.

Just like many other Bollywood actors, Kajol will be making her digital debut with this film titled as Tribhanga. The film Tribhanga is actually a Mumbai set-drama for global streaming service Netflix.

What’s next is the film will unveil a complete story of a family and at the same time going back and forth through three generations starting from the 1980’s to present modern day. Written and directed by veteran actress Renuka Shahane and also features Tanvi Azmi  and Mithila Palkar. Tribhanga will stream on Netflix.

Director Kabir Khan is ready to enter the digital medium as a director with the upcoming web series titled as The Forgotten Army: Azaadi Ke Liye. The film stars Sunny Kaushal and Sharavari as the lead cast.

This particular web series will stream on Amazon Prime Video. Interestingly, it will reportedly tell true stories of the men and women who fought for the Independence of India as part of the Indian National Army led by Netaji Subhas Chandra Bose. However, an official confirmation on the plot is being awaited.

Here comes another show called Breathe 2 that will not only take your breathe away because of its content but also because of it is going to be Abhishek Bachchan’s entry into the digital space. The web series Breathe is a psychological thriller series that portrays the lives of ordinary people faced with extraordinary circumstances.

Furthermore, the first season of the Amazon Prime Video series starred R.Madhavan, Hrishikesh Joshi, Sapna Pabbi, Atharva Vishwakarma and Neena Kulkarni besides others. Indeed, it appears that the upcoming second season of Breathe will tell a new story and is in no way continuation of the first. Nonetheless, the plot and the release date is kept under wraps and nothing is known of it until now.

In the Class of ’83 actor Bobby Deol will be entering into the web world with Shah Rukh Khan’s production venture for Netflix. Directed by Atul Sabharwal, it unfolds the story of an upright policeman-turned-trainer whose students grapple with the complexities of honour, morals as well as devotion to the nation. Class of ’83 can be streamed on Netflix.

Priyanka Chopra Jonas and Rajkummar Rao will be first time collaborating for Netflix’s film The White Tiger. The hype for the The White Tiger has been in the news for a while especially because of the shooting that was going on and the latest wrap-up of the film. In addition to this, the film is adapted from Aravind Adiga’s prize-winning novel which goes by the same name. It stars debutante Adarsh Gourav. Directed by Ramin Bahrani, the movie unfolds the extraordinary journey of a self-made man from tea-shop worker in a small village to a successful entrepreneur in the city. The White Tiger will stream on Netflix.

The Family Man 2 is going to be back again soon especially after the superb end of its first season The Family Man. Lead actor Manoj Bajpayee will return to entertain the audience with the fabulous second chapter of The Family Man as it turned out to become a sensation in itself with its compelling first season.

It was originally  the Amazon Prime Video show that brought forward story of a middle-class man who works secretly for a special cell of the National Investigation agency. Magnetically, it invites the audience into his life as he tries to protect the nation while also balancing his family life very well and on top of it his struggle due to his low paying nature of the job whatsoever.

For the update, Telugu star Samantha Akkineni will be making her digital debut with the upcoming The Family Man 2. The web-series will be streamed on Amazon Prime Video.