In the latest episode of BB13, Devoleena Bhattacharjee abuses Sidharth Shukla. Check out how Twitter reacted to it. 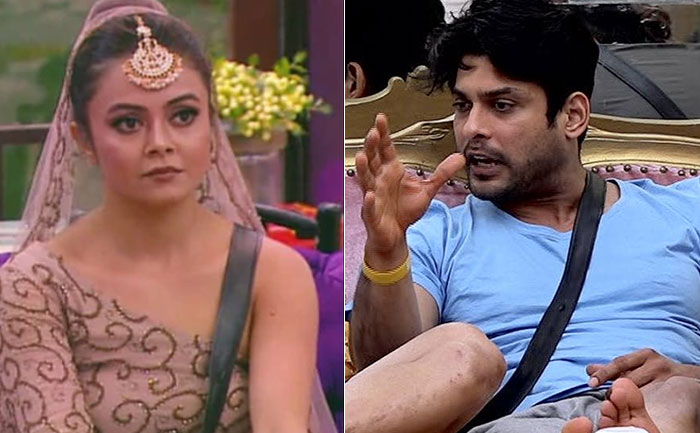 Bigg Boss 13 is known for unwanted quarrels, drama, name-calling, and abuses.  As always Sidharth Shukla is once again in the limelight as he has an argument with the housemates over household responsibilities. The contestants accuse captain Shefali Jariwala for being biased and for favoring Sidharth.

Later, Khesari, Devoleena, Mahira and Rashami speak up against Sidharth and grumble that he doesn’t work and just sits around with his ‘big body’. Devoleena calls Shukla ‘kaamchor’ and tells the viewers to look at his real side. Devoleena even locks herself in the bathroom and abuses Shukla in anger. Devoleena also refers Sidharth to a ‘magarmaach.’

After Tuesday’s episode, Twitter slammed Devoleena for his inappropriate behavior and comments. Check out the Twitter reactions:

#DevoleenaBhattacharjee is having a psychotic episode in the bathroom. Screaming like a madwoman. 😂 Saying shit about #SiddharthShukla. Kutta, sala and what not.
Keep barking Devo. You are not exposing Sid but your own disgusting self. #BB13 #BiggBoss13 #BiggBoss

#DevoleenaBhattacharjee wth do u think urself to challenge audience.Respect the show and the audience for whom who u r today.#SiddharthShukla is nt involving in every fight.u all are after him.Even in bathroom u talk about him.Kitna bitching karoge yaar #WeSupportSidharthShukla