Looking at the popularity of the first two seasons, the makers of the show has finally come up with the third season of Bigg Boss Telugu. The reality TV show has already started on 21st July 2019 and it airs on Star Maa Television. Bigg Boss Telugu season 3 this year started with a bang and people are making all possible efforts to save their favourite contestants by using Bigg Boss Telugu vote. Bigg Boss Telugu Vote

For the unversed, voting for Bigg Boss Telugu 3 is conducted every week and on the basis of the vote, one contestant is eliminated on the weekend show. This year, 16 contestants were given chance to win the title.

If you want to support your favourite contestant, you should take part in Bigg Boss Telugu vote process. The makers have unveiled each and every contestant’s number to vote for them.

In Bigg Boss Telugu Vote, if the contestant gets fewer votes then he or she is more likely to get evicted from the show.

If you don’t know about Bigg Biss Telugu Vote, Online Voting, Elimination list, Eviction process and polling status, read this article til ends. Yes, we have mentioned each and everything about the show in detail.

As the Nagarjuna’s show has finally gone on air and it has created a lot of buzz you should know who all these contestants are, what their profession and which country or state they belong. The following list has the names of all the participants of Bigg Boss Telugu 3 and who have been evicted from the show.

Users have every right to save their favourite Bigg Boss contestants by registering their vote either online or by giving them a missed call on their number. If you do not know how Bigg Boss Tamil vote to be cast? then you are at the right place.

Similar to Hindi Bigg Boss, this year maker of Bigg Boss Telugu banned the entry of any commoners. Yes, all the 16 contestants of BB Telugu season 3 are either actor, model or TV presenters. The show has already kicked off it looks to be more spicy and entertaining than the previous two seasons.

We actually do not want to get confused, so that’s why we are going to explain the method of Bigg Boss Telugu Voting in the easiest way. There are two ways by which you can cast votes for your favourite Bigg Boss contestants. Yes, one is missed call method and the other one is online voting. We have mentioned above how you can cast your vote online by searching on Google or using Hotstar.

Let’s find out the mobile numbers of each and every contestant of Bigg Boss Telugu 3 to cast your vote by giving them a missed call. Below is the list of all contestants and their mobile numbers.

If you still do not understand how to vote for your favourite Bigg Boss Telugu contestants via Google or Missed call numbers, we are here to explain how you can cast your vote for BB Telugu season 3 via Hotstar. There are a few steps you need to follow via casting votes for Biss Boss Telugu (2019).

In the final week of the show, the channel Starr Maa will show the viewers the final count of each and every contestant. The Bigg Boss Telugu vote counts will be clearly shown in intervals in Star Maa channel at the bottom of the screen.

The makers of BB Telugu 3 opted a very different nomination procedure in its first week. Yes, they nominated six contestants including Punarnavi, Rahul Sipligunj, Vithika Sheru, Jaffer, Himaja Reddy in the eviction list. In the first week, Hema Syed has been eliminated from the show.

It would be interesting to see, who would be eliminated in the second week of Bigg Boss Telugu 3 as it has the name of eight contestants. the list of eliminated contestants will be updated every week.

The following is the list of contestants who have been evicted from the show. You can check out the names of Bigg Boss Telugu season 3 contestants below:

Let’s take a look at Bigg Boss Telugu 3 contestants and what actually they do in real life. 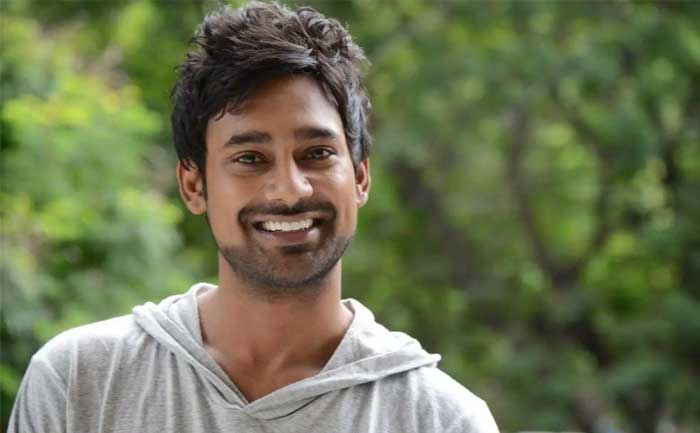 Varun Sandesh is an Indian-American actor, who is popularly known for his works in Telugu movies. Sandesh made his acting debut in Telugu cinema with Sekhar Kammula’s hit Happy Days in 2007. Later, he was featured in Kotha Bangaru Lokam, which turned out to be a money-spinner at the box office window. Apart from acting in movies, Sandesh endorses several advertising brands as well. He is the brand ambassador for Kalanjali store in Andhra Pradesh, India. The Handsom hunk tied the knot with Vithika Sheru on 19th August 2016. Vithika Sheru is one of the most talked Bigg Boss Telugu contestants. Sheru is an Indian model and actress, who has acted in Tamil, Telugu and Malayalam movies including Anthu Inthu Preethi Banthu, Jhummandi Naadam, Prema Ishq Kaadhal, Paddanandi Premalo Mari, Mahabalipuram, and more. She got married to Varun Sandesh and they have acted together in the movie Paddanandi Premalo Mari and Varun-Vithika will be the first celebrity couple in the Bigg Boss Telugu show. Savitri is a TV presenter based in Hyderabad. She is known as Shiva Jyothi. She gained recognition by anchoring the show titled Teenmaar on V6 Telugu news channel. She has completed her degree in nurse but decided to pursue her career in the media field. Himaja Mallireddy is one of the youngest and talented actresses appearing on the Bigg Boss Telugu season 3. The popular actress has acted in several movies including Nenu Sailaja, Suchitra, Mahanubhavudu, Sathamanam Bhavati, Spyder, Vunnadhi Okate Zindagi, Vinaya Vidheya Rama among others. She has acted in many TV shows such as Koncham Ishtam Koncham Kashtam and Swayamvaram. 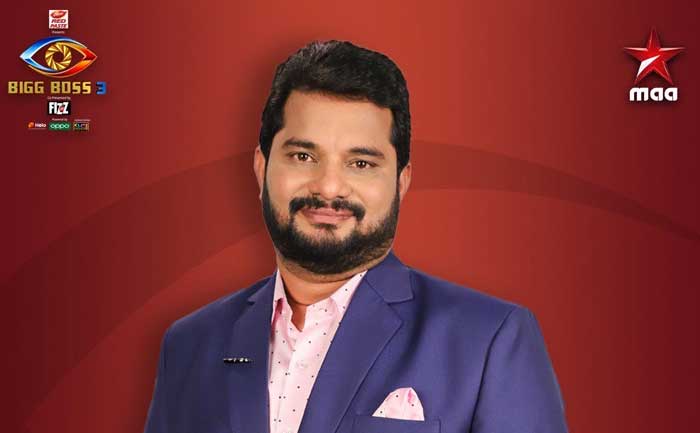 Jaffar Babu is a journalist by profession. He is considered to be one of the most controversial and trolled patrkar on social media. Most of his interviews are often go viral on the internet. He is an anchor and editor in TV9. 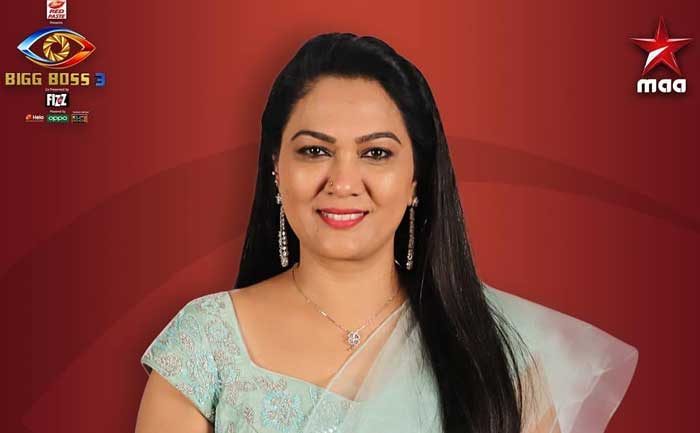 Hema Syed is the first contestant who has been eliminated from the Bigg Bogg Telugu season 3. Hema is an Indian actress who has worked in hundreds of Telugu movies including Attarintiki Daredi, S/o Satyamurthy, Nuvvu Naku Nachav, Dictator, Vinaya Vidheya Rama and more. The popular actress is a member of Movie Artistes Associations (MAA).

Apart from acting, she tried her luck in politics as well. In 2014, Hema contested election from Samaikyandhra Party and lost the Andhra Pradesh general election from Mandapeta constituency. 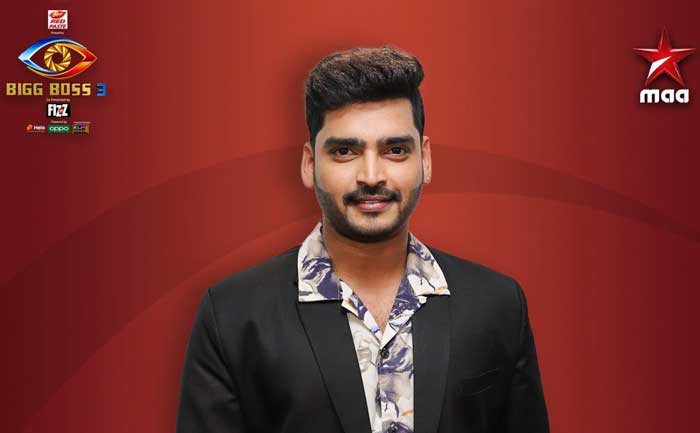 Ravi Krishna is an Indian actor belonging to Vijayawada. He has acted in scores of TV serial but his most popular are Bavamaradallu, That is Mahalakshmi and Sundarakanda. Prior to Bigg Boss Telugu, Krishna appeared in TV show Dance Jodi Dance. Apart from acting career, he was the nominated contestants in Hyderabad Times Most Desirable Men on Television 2018. Mahesh Vitta is an actor-producer, who has worked in many Telugu movies. Vitta is known for his performance in internet comedy series titled Fun Bucket Bigg Boss Telugu season 3. He is currently one of the most talked contestants of the ongoing Bigg Boss season. He has also worked in Telugu TV show Jabardasth. 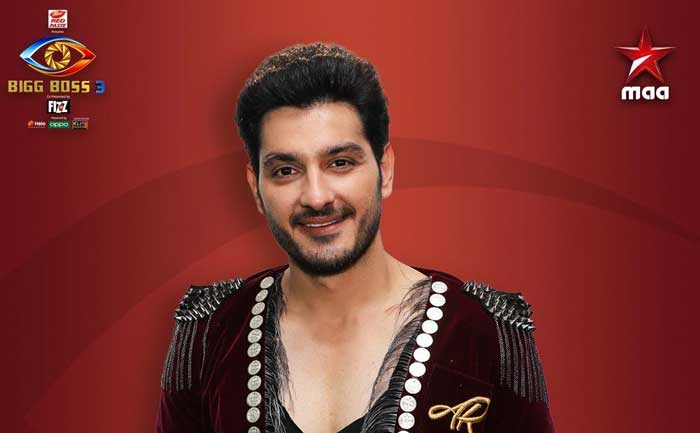 Ali Reza is a model turned actor based in Hyderabad. Reza debut in the film industry with Mukhbir directed by Mani Shankar in 2008. Following his Hindi debut, he made his Telugu debut with the TV serial Paasupu Kumkuma. He also worked in a Telugu movie titled Gangaraju Gunnam’s Chandamama Lo Amrutham, which turned out to be a blockbuster. Now, he is making headlines for his appearance in one of the popular TV shows, Bigg Boss Telugu. Rohini Noni is an Indian actress, who mainly appears in Telugu film industry. She completed her graduation in Engineering but she decided to pursue her career in acting or modelling. She appeared in a game show which aired on Doordarshan. She aspires to be one of the most famous comedians. Sreemukhi is an Indian TV anchor-actress. Before making her debut as a TV actress, she began her career with hosting TV show Adhurs. She made debut in acting in 2012 with movie Julai as Allu Arjun’s Sister. She made her debut as lead actress in Prema Ishq Kaadhal. Apart from working in movies, Sreemukhi has hosted several TV shows such as Pataas and Sa Re Ga Ma Pa. 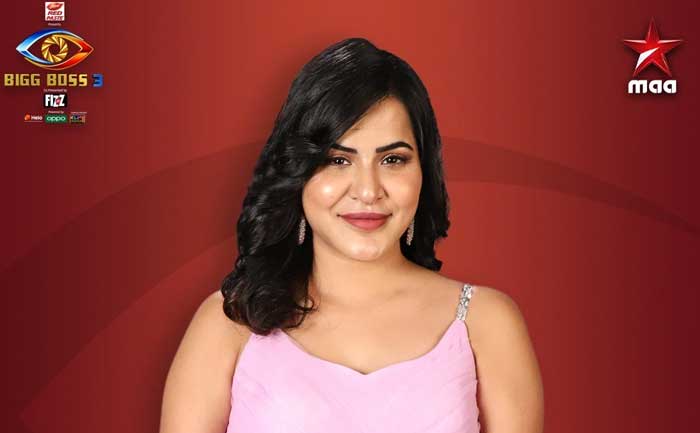 Ashu Reddy is one of the most popular dubsmash artist and actresses. She has worked in a Telugu movie titled Chal Mohan Ranga. Ashu Reddy’s videos go viral on the internet as she looks like popular Telugu actress Samantha Akkineni. She is also considered to be a TikTok star, yes she has a huge fan following on TikTok. Reddy rose to fame when she acts with anchor Pradeep Machiraju. She made her acting debut with the romantic comedy Telugu movie Chal Mohan Ranga directed by Krishna Chaitanya. Baba Bhaskar is choreographer-turned filmmakers belonging to Tamil Nadu. He has worked in several Tamil, Telugu and Malayalam movies. Now, he has become a household name in the film industry. He debuted in the film industry with Kotha Bangaru Lokam as a Choreographer which is a Telugu movie. He rose to fame with a Tamil movie titled Kedi. He made his directorial debut with Kuppatthu Raja with GV Prakash and Palak Lalwani as the lead pair. Rahul Silpligunj is a playback singer, songwriter and independent musician. Owing to his song Magajaathi, he became a popular name on YouTube. He is known for his Hyderabadi style songs. He is quite popular in Tollywood for his unique[citation needed] voice. He made his debut song for the movie Josh in the year 2009. His works in movies like Chal Mohan Ranga (2018), RX 100 (2018) and Rangasthalam (2018) gained him enough recognition for him. Tamanna Simhadri is an Indian model and politician. She is only transgender in the house of Bigg Bouse Telugu season 3. She has been awarded the Miss Transgender Mumbai in 2010 and she was also active during the #MeToo moment in Tollywood Industry.

The winner of Bigg Boss Telugu season 1 was Siva Balaji. The first season was hosted by Jr NTR. Siva Balaji had turned out to be the most loved person and host of the show announced him the winner on the basis of votes that he received in the final season.

Kaushal Mande emerged as the winner of Bigg Boss Telugu 2. Yes, she got the prize amount of Rs 50 lakh. The runner up of the season 2 was Geetha Madhuri.

Once Upon A Time In Hollywood: Brad Pitt and Leonardo DiCaprio Pose for photocall in London

S Sreesanth on his debut Kannada movie Kempegowda 2: ‘Its a turning point’