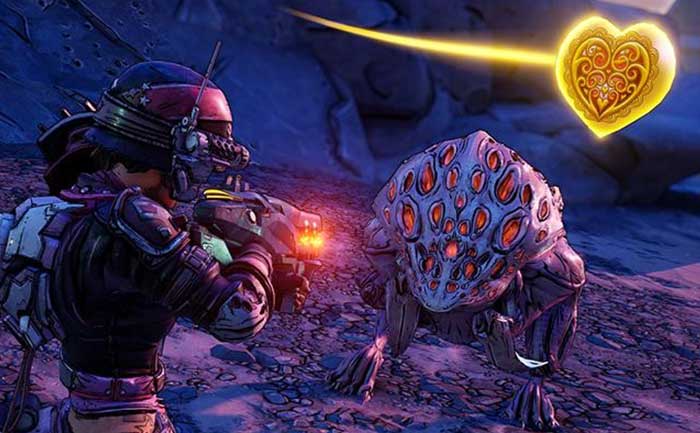 After the Bloody Harvest Event, Borderlands 3 has come up with a similar limited time event called Broken Hearts Day. In addition to letting players complete specific challenges for exclusive rewards, the event also has a loot farm that will allow players to farm legendary gear.

YouTuber Glitching Queen has revealed that Borderlands 3 players can farm the golden loot hearts at the Cistern of Slaughter during the Broken Hearts Day Event. Players will need to activate the first wave of the gauntlet. This should trigger some skags with golden hearts to spawn. Destroying these golden hearts can spawn legendary gear. The process can be repeated multiple times. Since this method of spawning legendary weapons is much easier than fighting bosses, players will want to make full use of the opportunity.

Players who set their game to Mayhem 4 will achieve a higher quality of loot. Unlike the Bloody Harvest event, Broken Hearts Day can be toggled on and off. In order to spawn hearts, make sure that the event is active. The Broken Hearts Day event will wrap up on February 20. Players looking to acquire legendary weapons should work fast as there are only a couple of days left for the event to end.

Borderlands 3 was released on 13 September 2019 for Microsoft Windows, PlayStation 4, Xbox One and on 30 October 2019 for Apple macOS. The game got a Stadia port on 17 December 2019. Borderlands 3 shipped out more than five million copies in five days making it the highest-selling game of the Borderland series.