Watch: BTS Singing “ON” With James Corden In Fun “Carpool Karaoke” Will Make Your Day 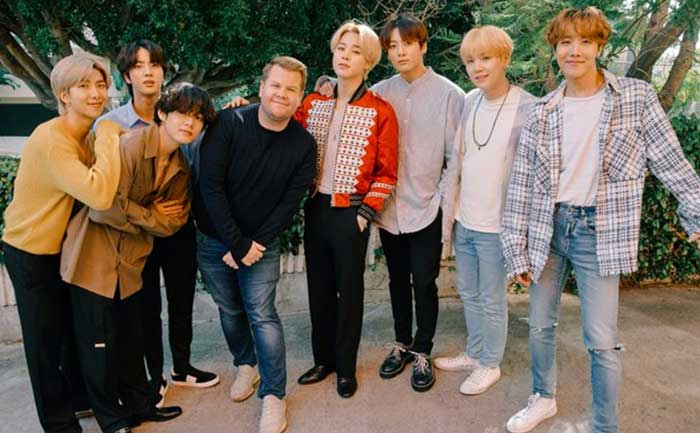 BTS has unveiled its latest album Map Of Soul: 7. The Bangtan boys have been busy promoting it in the United States where they have a huge fan following. The group made a comeback on February 21 with their new album “Map of the Soul: 7,” which has been breaking records domestically and around the world.

BTS made a special appearance on The Late Late Show With James Corden’s Carpool Karaoke. This famous segment of the late-night talk show features host James Corden driving in a car with popular artists as they sing their hits together.

Here is the video that will surely make your day.

BTS featured in the long-awaited Carpool Karaoke and they Kickstarted it with their dance number ‘Mic Drop’. The boys along with James jammed on this track before moving onto Bruno Mars’ ‘Finesse’ ft. Cardi B. This was followed by them crooning their title track ‘ON’ from ‘Map Of The Soul: 7’.

During the conversations, RM revealed how he learned English while watching Friends series. They then headed to the dance studio where James Corden is a regular member. As they learned new moves, Jimin went ahead to teach the class ‘ON’ choreography.

They ended the Carpool Karaoke with Post Malone’s ‘Circles’. Interestingly, James also sang many of the Korean verses.