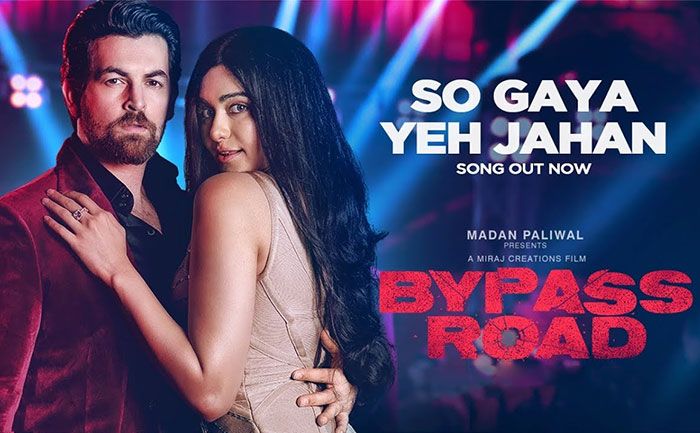 Cult classic song So Gaya Yeh Jahan is back once again. The earlier version was rendered by Nitin Mukesh and composed by Laxmikant-Pyarelal for ‘Tezaab’. It had featured Madhuri Dixit, Anil Kapoor and Chunky Panday. The recreated version is for Neil Nitin Mukesh starrer ‘Bypass Road’.

Check out the recreated version for Bypass Road here:

The reprised version is sung by Zubin Nautiyal, Saloni Thakkar with special contribution by legendary singer Nitin Mukesh, who rendered the original. Music is by Raaj Aashoo. It is picturised on the lead protagonist of the film, Neil making an unpredictable admission between a crime scene and a chase sequence

Bypass Road is a thriller drama directed by Naman Nitin Mukesh. Neil Nitin Mukesh plays Vikram, who is paralysed from the waist down after a near-fatal accident and later becomes the prime suspect of Sara’s (Shama Sikandar) murder. The moment Vikram returns home another murder is committed and all eyes are on him. There is a masked killer on the loose in Vikram’s house and all the inhabitants seem to be in peril.