Dark Souls 3: A Guide to Character Class and Burial Gift 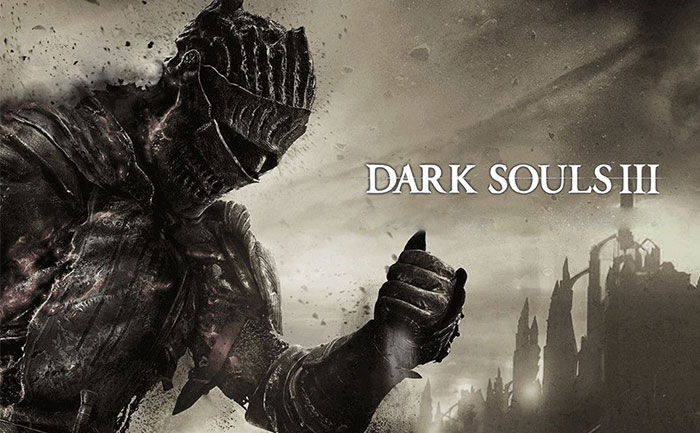 Some Classes are easier to play with while others have a higher difficulty level suitable for experienced players. The available classes include Knight, Mercenary, Warrior, Herald, Thief, Assassin, Sorcerer, Pyromancer, Cleric and Deprived.

Let us take a look at each of these classes and their benefits.

The Assassin has a higher Dexterity compared to most other classes. This is useful for players who rely on stealth to hunt down unsuspecting enemies. The Intelligence stat is also higher for this class. Assassins wield an Estoc weapon as well as a sorcery staff. They can cast the Spook sorcery to increase stealth and prevent all fall damage for the duration of the spell. Players interested in pursuing sorcery through Dark Souls 3 but looking for more melee power and better defense should select the Assassin class.

The Cleric is a class for players looking to rely on magic in the game. It starts with the highest Faith stat available in the starting class with a moderate strength stat to accompany it. Level 16 Faith allows players to use two miracles, Heal and Force. A mace is also equipped with this class in case players need to deal extra physical damage. The light Cleric outfit grants better mobility but at the cost of defense.

The biggest positive of this class is the ability to heal with miracles without relying entirly on Estus Flasks.

The Deprived Class is only recommended for a Dark souls pro as this the only class to start at level 1 and has almost nothing. The player starts naked with nothing more than a Plank Shield, a low-damage Club, and a ragged loincloth to their name. The Deprived has 10 points on each attribute.

While hard to play, a Deprived class player has higher control over the type of character they want to create. This is a challenge only players acquainted with the game should take as it is basically starting from scratch. The search for better weapons can get quite daunting with low Vitality.

The Herald class is a good blend of magic and physical abilities. This class wields a spear and has a shield that absorbs 100 percent physical damage. High Faith attributes allow this class to perform Heal Aid miracles with a talisman right at the start. So while not the strongest class in the game, the Herald is a good class for defensive play.

This is the best class for newbies to start with. This class has some of the best starting armor accompanied with a shield that absorbs 100 percent physical damage. While the armor can block physical attacks without sustaining any damage, magic or elemental attacks will still deal some damage.

The knight begins at level 9 and has high Vitality and Strength. It also has the second highest Vigor stat in the game. Overall, the knight is a good choice for a game play that is a medley of offensive and defensive.

The Mercenary class is for fighters who plan to use dual swords or ranged weaponry. This class starts with the highest Dexterity stat which allows for higher ranged weapon damage. Dual-wielding abilities allow players to wield a pair of scimitars called the Sellsword Twinblades. The left blade can be traded with a shield for added defense.

Mercenary class is best for players that want to get in on the action, taking down enemies with fast attacks. It makes for an excellent class to carry out an offensive play. The defense factor goes down in case of dual-wielding as players won’t have a shield.

The Pyromancer is a melee character that requires high Intelligence and Faith levels to use their flames. There is a good combination of long range magic with short range melee attack in this class. As a Pyromancer, a player starts with the basic pyromancy weapon and spell, as well as a short-range axe and a basic shield.

This class, however, requires higher deliberation when it comes to leveling up. Players will need Intelligence and Faith for pyromancy spells but Strength and Dexterity foe melee attacks. Increasing the FP gauge and the spells that can be used at a time should also be an important consideration for the player.

The Sorcerer Class starts at level 6 with Intelligence and Attunement levels at 16. Since Dark Souls 3 uses the FP gauge to determine how often spells can be cast, the high Attunment comes in handy. The higher Attunement gives a higher FP meter which lets the player use Soul Arrows and other spells more frequently. Regardless, this class also has a Mail Breaker weapon that helps preserve FP by taking out weaker opponents.

Players will need to use Ashen Estus Flasks to replenish the FP gauge emptied using spells which reduces the amount of healing a player can do. This class can be a bit tricky to play with but has the potential of becoming a force to be reckoned with later in the game. Experienced Dark Souls users will do well with this class.

This class requires an experienced player for easy maneuvering as it demands a good knowledge of how combat works in Dark Souls 3. The Thief is armed with a Dagger that has good speed but limited range and attack power. This is the reason players will want to sneak behind their opponents to stab them which can be difficult for a new player unfamiliar with the game. Thief relies heavily on agility and speed rather than brute strength.

Players choosing the Thief class also get a bow which gives them access to ranged attacks right away. The downside to this, however, is that the arrows are limited and would have to be bought spending souls. It is, therefore, a good idea to save those arrows and rely on the Dagger. Luck stat is the highest for the Thief class, allowing better item discovery and frequent drops from enemies.

The Warrior is the resident brawler class of Dark Souls 3. They begin with the highest Strength and Vigor stats at 16 and 14 respectively. This is a good class for players wanting to wield heavier weapons and are willing to forego speed and stealth. Starting with a Heavy battle Axe, players can eventually move to two-handed weapon such as a greatsword or an ultra greatsword.

Beginning at level 7, this class has the lowest total of Attunement, Intelligence and Faith. Players will want to increase their Vitality stats so they can carry more items. Players looking for head-on collisions and strength based confrontation should opt for this option.

In addition to selecting a class, players can select a Burial Gift. Burial Gifts are consumable items that offer unique benefits on use. Below is a list of all the Burial Gift options a player can choose from.

Black Firebomb: The Black Firebomb is a one time use item. It works as a regular Firebomb with extra explosive damage. It is a good ranged attack against most enemies.

Divine Blessing: This item fully restores health and instantly cures any status ailments. Players that do not have healing miracles should consider selecting this item as Dark Souls 3 only has limited healing options. Divine Blessing is a one time use item.

Fire Gem: Fire Gem allows players to upgrade a single weapon with the element of fire. A good choice for players looking to add to their offence.

Hidden Blessing: In a similar fashion to Divine Blessing, this one time use item full restores your FP gauge. Clerics, Pyromancers, and Sorcerers should consider selecting this item.

Life Ring: This ring increases your health gauge. It is ideal for characters with low HP like the Sorcerer, Thief, Assassin, Cleric or Deprived.

Sovereignless Soul – This one time use item gives players a small number of souls that can be used to level up a character or purchase items. the Deprived class would benefit from this choice.

Young White Branch – This one time use item can act as a peace offering. It can be used to help players blend into the environment.

Toofan: Farhan Akhtar begins shooting in Dongri for his next sports film