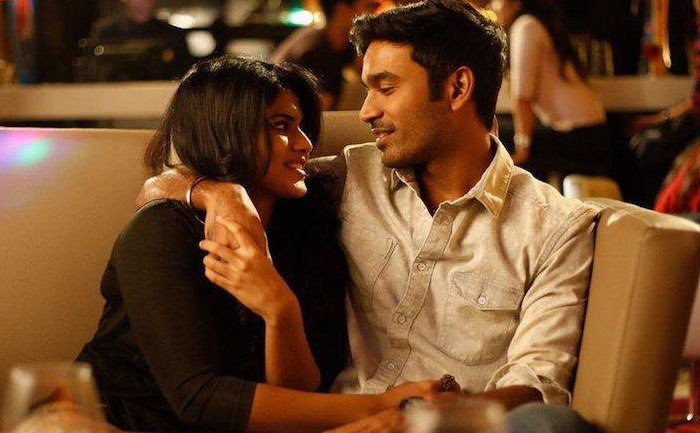 Dhanush and filmmaker Gautham Menon had joined hands for the first time for the upcoming Tamil action thriller Enai Noki Paayum Thota. The movie after facing several setbacks has now been wrapped up in Mumbai. Director Gautham Vasudev Menon has now confirmed its release and also shared a new trailer of the Dhanush and Megha Akash film.

Enai Noki Paayum Thotta will be releasing on September 6 was confirmed by the director on his Twitter handle. He also shared the new trailer of the action thriller.

Check out the official release trailer.

The trailer shows lead stars Dhanush and Megha Akash locked in an intense love story as the characters of Raghu and Lekha. Lekha encounters a character that threatens their relationship. Dhanush’s brother (played by Sasikumar) is the cause of this and the repercussions lead to several altercations.

‘Enai Noki Paayum Thotta’ was cleared with a U/A certificate earlier this year. It is produced by Gautham’s Ondraga Entertainment and Escape Artists Motion Pictures.

Enai Noki Paayum Thota stars Dhanush and Megha Akash in the lead with Sasikumar and Sunaina in pivotal roles. Baahubali star Rana Daggubati will be seen making a cameo appearance in the film. It will be releasing on September 6.

On the work front, Gautham Menon’s last film was ‘Achcham Enbadhu Madamaiyada’. South superstar Dhanush, was last seen in ‘Maari 2’, has ‘Asuran’ and ‘Pattas’ lined up.