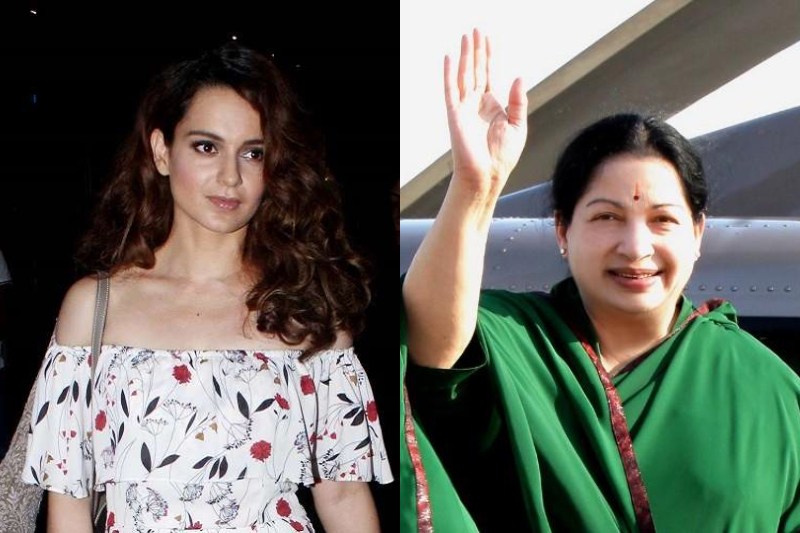 Bollywood actress Kangana Ranaut is currently riding high on the success of her film ‘Manikarnika: The Queen of Jhansi’. The actress, who stepped into the shoes of a director with ‘Manikarnika’, is already ready to present two movies – ‘Mental Hai Kya’ and ‘Panga’. And now we hear that Kangana has been signed for the biopic of Tamil Nadu’s former CM Jayalalithaa. Interestingly, the announcement comes on her birthday today.

Titled ‘Thalaivi’ in Tamil and ‘Jaya’ in Hindi, the film is a bilingual and will be directed by AL Vijay. The film will be written by K.V. Vijayendra Prasad, who has also penned ‘Baahubali’ and ‘Manikarnika’, and will be produced by Vishnu Vardhan Induri & Shaailesh R Singh under the banners of Vibri & Karma Media and Entertainment.

#BigNews: Kangana Ranaut to play Jayalalithaa… Biopic will be made in two languages. Titled #Thalaivi in Tamil and #Jaya in Hindi… Directed by AL Vijay… Written by KV Vijayendra Prasad [#Baahubali and #Manikarnika]… Produced by Vishnu Vardhan Induri and Shaailesh R Singh.

In an interview with DNA, Vijay said, “Jayalalithaa madam was one of the most prominent leaders of our country. Making a film on her life is a big responsibility and we are going to do it with utmost care and honesty. I’m proud and happy with our association with one of India’s biggest star and the very talented Kangana Ranaut ji to portray the dynamic role of our very dynamic leader.”

In the meantime, Shaailesh said, “This is my fifth collaboration with Kangana. Working with her is always an enriching experience and I’m glad that this film is based on an eminent personality.”

On being asked about the film, Kangana Ranaut said, “Jayalalithaa ji is one of the biggest female success stories of this century. She was a superstar and went on to become an iconic politician,it’s a great concept for mainstream film. I am honoured to be a part of this mega project.”

It is to be noted that Jayalalithaa was a legendary actress turned politician, who is fondly referred to as ‘Puratchi Thalaivi’, which means ‘revolutionary leader’. Vidya Balan’s name was also linked to the project. Apart from that, Nithya Menon has already played The Iron Lady in another biopic on Jayalalithaa. Jayalalithaa served five terms as the Chief Minister of Tamil Nadu for over fourteen years between 1991 and 2016. In the 2016 assembly election, she became the first Tamil Nadu chief minister since MGR in 1984 to be voted back into office. That September, she fell severely ill and, following 75 days of hospitalisation, died on 5 December 2016 due to cardiac arrest.