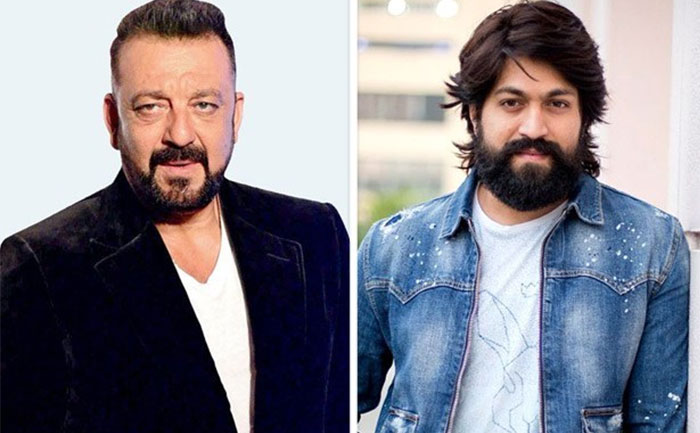 The year’s most anticipated movie is ‘KGF: Chapter 2‘ starring Yash in the lead role. The much-awaited Kannada film has created a buzz ever since its inception. The movie also features Bollywood star Sanjay Dutt as the antagonist Adheera. The movie has Yash play the role of an ambitious man named Rocky Bhai, Sanjay Dutt will be seen as the person who build the illegal mining empire in KGF. The first look of Dutt and Yash has raised the expectation bar to a new high.

Now as per the latest reports, Yash and Sanjay Dutt will be locking horns in a deadly fight, which will be the climax of KGF: Chapter 2.

As per a report in IBtimes, Yash and Sanjay Dutt are all set to lock horns in the climax. The duo will be fighting shirtless for the epic climax. Apparently, it has been choreographed by an internationally-acclaimed stunt director. The ferocious battle between the two will be shot in the coming months when the two actors get into the shape.

While Yash plays the role of an ambitious man named Rocky Bhai, Sanjay Dutt will be seen as Adheera, the architecture who build the illegal mining empire in KGF.

Directed by Prashanth Neel and produced by Vijay Kiragandur the movie is scheduled to hit the screens in 2020, however, the makers have not revealed its date.