Michael Douglas has been left out of the inheritance 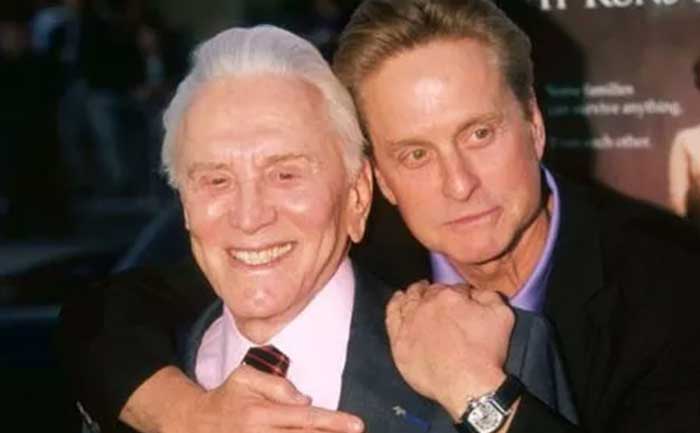 Hollywood legend Kirk Douglas passed away earlier this month. The actor donated a vast share of his $80 million fortune to the Douglas Foundation, according to Page Six. Douglas Foundation is a charity he co-founded nearly six decades ago. The nonprofit benefits the Children’s Hospital of Los Angeles, The Kirk and Anne Douglas Childhood Center and a St. Lawrence University scholarship for underprivileged students.

The Douglas Foundation was created in 1964 by Douglas and his wife Anne Beydens Douglas. Anne Douglas, who was married to Kirk Douglas for 65 years, still serves as the nonprofit’s managing trustee. It is not clear as to who will inherit the remaining amount. Kirk Douglas is survived by his wife Anne Beydens Douglas, their son Joel Douglas and Douglas’ sons from his first marriage Peter and Michael Douglas.

However, Michael Douglas has been written out of the inheritance. The illustrious star is worth $300 million as of 2020. He, alongside his wife Catherine Zeta-Jones, praised his father when he made a statement.

“Kirk’s life was well-lived, and he leaves a legacy in film that will endure for generations to come and a history as a renowned philanthropist who worked to aid the public and bring peace to the planet. But to me and my brothers Joel and Peter he was simply dad,” He said. “To Catherine, a wonderful father-in-law, to his grandchildren and great grandchild their living grandfather, and to his wife, Anne, a wonderful husband.”

Kirk Douglas was best known for films like Spartacus and Ace In The Hole. He was one of the last remaining stars of Hollywood’s golden age.

ALSO READ: Celebrity Deaths 2019: The Stars We Said Goodbye To This Year