Matt Hardy Makes His AEW Debut, Brodie Lee Revealed As The Exalted One 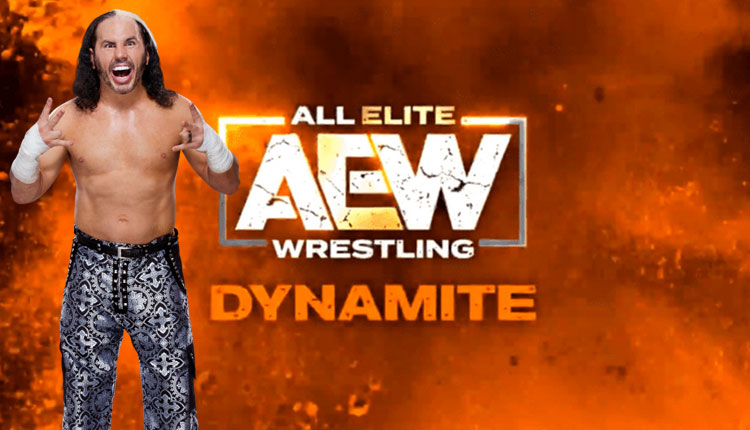 Matt Hardy has officially made his first appearance in AEW Dynamite. The former WWE wrestler appeared after the main event where The Inner Circle beat The Elite in a six-man tag team match. At the end of the match, Chris Jericho of the Inner Circle said The Elite would be outnumbered st Blood & Guts.

This Led to Matt Hardy being introduced into the AEW. His drone flew in the ring and Jackson said Jericho was wrong. They wouldn’t be outnumbered as he had called in a favor. The camera then cut to Hardy standing in the empty arena stand and doing his delete arm motion.

However, that is not the only news from the AEW front. AEW finally revealed the identity of the man behind the Dark Order. While fans were speculating that it will be Jericho, the real Exalted One turned out to be Brodie Lee. For the uninformed, Brodie Lee performed at WWE under the name of Luke Harper.

Prior to the reveal, Evil Uno and Stu Grayson of Dark Order came out to make good on their promise to reveal the identity of The Exalted One on Dynamite. However, they were interrupted by Christopher Daniels and Frankie Kazarian of SCU. Daniels and Kazarian denied the existence of The Exalted One. They were rendered speechless when a video package revealed Lee as the man behind Dark Order. Moreover, Lee then assisted the Dark Order to attack SCU.

Brodie Lee had been big in the independent circles before signing with the WWE. He found mild success in the WWE as a part of the Wyatt Family. However, he left for better opportunities as his career in WWE had stagnated.