Here's all you need to know about Mirzapur web series. 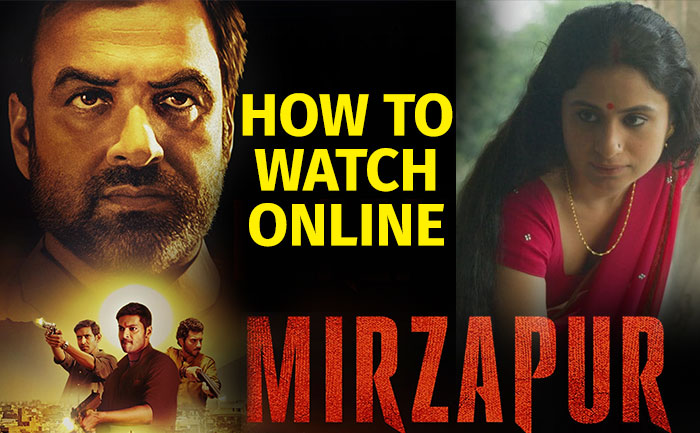 First of all, you should know that you can not watch Mirzapur 1 or Mirzapur 2 on Netflix becuase it is exclusively produced by Amazon Prime Video.

How many episodes are in Mirzapur?

The first season of Mirzapur had 9 episodes and it is likely that the Mirzapur 2 will too have 9 to 10 episodes.

Here are the episode titles of Mirzapur 1:

Is Mirzapur based on a true story?

No, the story of Mirzapur web series is not based on any real story. However, it is reportedly based on true people and events.

The story of Mirzapur 1 revolves around two brothers named Guddu and Bablu played by Ali Fazal and Vikrant Massey respectively. They both get caught and pushed in the world of drugs, guns and violence after they become friends with Munna (played by Divyendu Sharma), the son of Mafia boss Akhandanand Tripathi (Pankaj Tripathi).

When Ali Fazal was asked whether Mirzapur is based on a true story or not, he exclusive told Express.co.uk, the show was not based on a specific story.

He said: “No, it is not based on a true story. It has got a few facts. Some things about some incidents and a few characters have been inspired by real-life gangsters and real-life people.

“It is loosely based. There is nothing. We cannot say it is exactly based on these people. It is not anything specific.”

Where Mirzapur series was filmed?

The series was extensively shot in Mirzapur city. Speaking to Express.co.uk, actor Ali Fazal said: “Most of it was on location. We were in Mirzapur shooting. It was nice, it was strange because we were looking and walking about Mirzapur like s*** so we didn’t want to scare the people off.”

“I think the people there were really hospitable and very accommodating of the areas that we were walking in and showing our machinery about and our bodies and our cameras and everything. I think they were sweet,” he had said.

“We got a lot of work done there. Then, of course, we came back and some of the interior stuff we shot in Bombay but otherwise, everything was Mirzapur,” the actor concluded.

When will Mirzapur Season 2 out?

The makers of the web series have not dropped the release date of Mirzapur 2 yet. Earlier, it was reported that the second season will be out in April 2020. What we all can do is wait and watch for the official announcement of Mirzapur 2 release date.

What will happen in Mirzapur season 2?

It is uncertain how Mirzapur 2 will unfold the story but most likely to have a more gruesome background. It is expected that Bablu’s family will have a difficult time as Bablu is no more alive. While, his father, who is an advocate by profession, will make all possible efforts to end Mafia Raaj from Mirzapur.

According to IWMBuzz.com, Sharad will get hold of Guddu, which might turn out to be his support during the end of the season and headache for Kaleen Bhaiya. Bhabhi will continue supporting Munna as she thinks it will set her free. Golu, with the power of the president of the campus, will get used to guns as she had seen the murder of her sister in front of our own eyes, and decline the loyalty of police inspector Gupta and will support Guddu’s case.

The story of Mirzapur season 2 seems to be quite interesting as Guddu Bhaiyya will have more violent avatar then we have already seen in the first season. Yes, he will make all possible efforts to take revenge for the death of Babu and Sweety. He is likely to get supports from several gangs. It is reported that Guddu will get support from Lala to cripple the carpet business of the Tripathi family.

Once Guddu gets supports from different gangs, Munna will have more enemies than anyone else in Mirzapur. Guddu might be using people’s sentiments and will turn the tables on Munna, which will be supported by JP Yadav. Also, it is predicted that Bina will kill Akhandanand’s father, which might be Guudu or Sharad.

Who stars in Mirzapur?