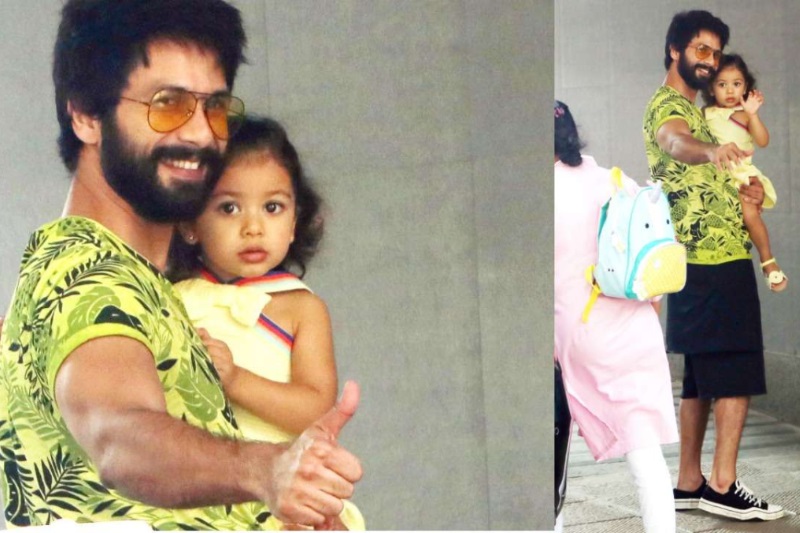 Shahid Kapoor and Mira Rajput had their second child on Wednesday at Hinduja Hospital, Mumbai. While Ishaan Khatter and Neelima Azeem came to the hospital the very same night, Misha met her baby brother only on Thursday.

The father-daughter duo beamed with joy as they got photographed outside the hospital. While Shahid wore a green printed t-shirt with balck shorts, Misha wore a yellow frock.

Shahid wore the happiest smile as he was stepping in and even gave a thumbs up to the paparazzi.

However, Shahid told Mid-day that he will barely be able to take a week-off from work. Mid-day quoted him saying, “During Misha’s birth [in 2016], I took a couple of months off. This time too, I was negotiating to take a month-long break, but things didn’t work out. I will get only a week off from work. It is too short a duration, but such are the circumstances.”

However, today only Shahid’s Instagram and Twitter handle got hacked by a group from Turkey. However, in some time, everything was restored and Shahid also put a notice saying, “Hey guys thank you for the wonderful wishes my Instagram and Twitter have been hacked just got insta back my team working on sorting twitter so please know it’s not me and avoid any interaction.”(sic)