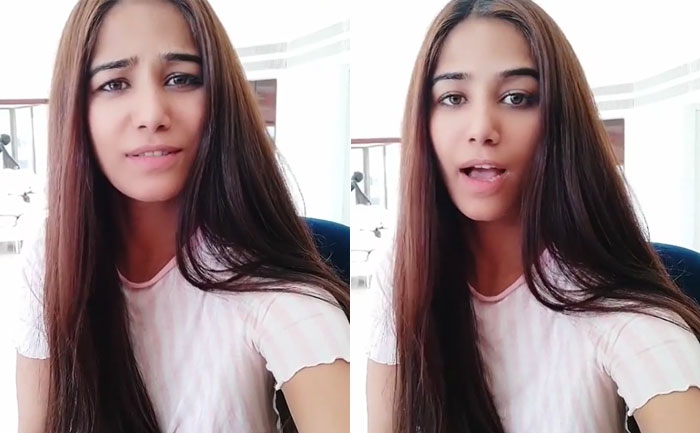 On Sunday, there were reports of model-actress Poonam Pandey being booked by the Mumbai Police on Sunday for violating coronavirus lockdown rules. Now, she has issued a clarification on the same on her social media handle.

Poonam Pandey shared the video on Instagram and said that she was having a movie marathon at home. “Hey guys, I had a movie marathon last night. I watched three movies back-to-back, it was fun. I have been getting calls since last night that I am arrested and I am seeing that in the news as well. Guys, please don’t write that about me. I am home and I am perfectly fine. Love you all,” she said in the video.

She captioned the video, “Guys I heard I got arrested, While I was having a movie marathon last night.”

Guys I heard I got arrested, While I was having a movie marathon last night.

A senior police inspector Mrityunjay Hiremath told PTI, “A case has been registered against Pandey and Sam Ahmad Bombay (46) under sections 269 (Negligent act likely to spread infection of disease dangerous to life) and 188 (Disobedience of order duly promulgated by public servant) of the Indian Penal Code (IPC) and under provisions of the National Disaster Act.”

A police official told ANI, “A case under the National Disaster Management Act has been registered against Poonam Shobnath Pandey at 8 PM by Marine Drive Police Station. Her car has also been seized by the police.”

The model-actress rose to fame in 2011 when she said that she will strip if the Indian cricket team won the World Cup, later in 2013, she made her Bollywood debut with Nasha.

IRCTC ticket booking from 6 pm May 12: Full list of trains, routes and timings