List Of All Bank Holidays & Government Holidays In India In 2019

A complete list of public, government and Bank holidays in 2019 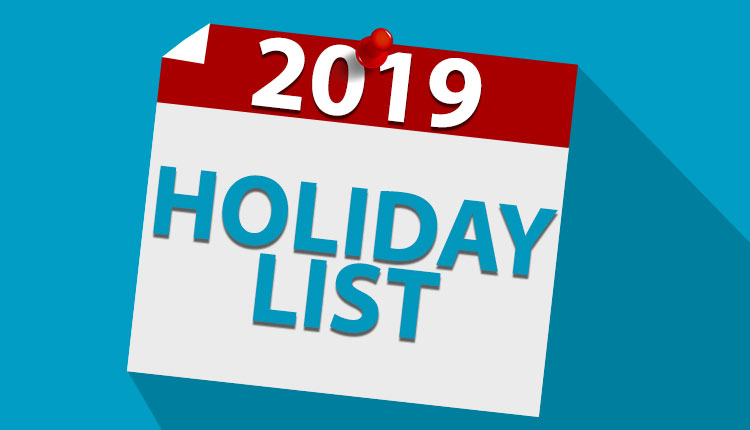 You must be looking for a list of Bank holidays, public holidays, national holidays in India 2019. We all know that we only get three national holidays such as Republic Day (January 26), Independence Day (August 15) and Gandhi Jayanti (October 2). But, you should know that there are plenty of bank holidays which also includes the second and fourth Saturday of the month.

Apart from them, there are other festivals or events when we get off such as Diwali, Christmas, Eid, Holi, Moharram, Guru Nanak Jayanti, Good Friday and others. In this article, we will be talking about all the holidays which will fall in the ongoing year 2019. You can also take a print out of a list of government and Bank holidays and make your plan accordingly.

Complete List of all bank holidays in India in 2019

Real Time Gross Settlement (RTGS) whereas National Electronic Funds Transfer(NEFT). Both RTGS and NEFT give people an option to transfer cash from one bank to another. The Reserve Bank of India maintains both NEFT and RTGS. On these days, you would not be able to transfer money via RTGS and NEFT.