Avneet Kaur and Reem Shaikh have been buddies and are giving us friendship goals through Instagram. 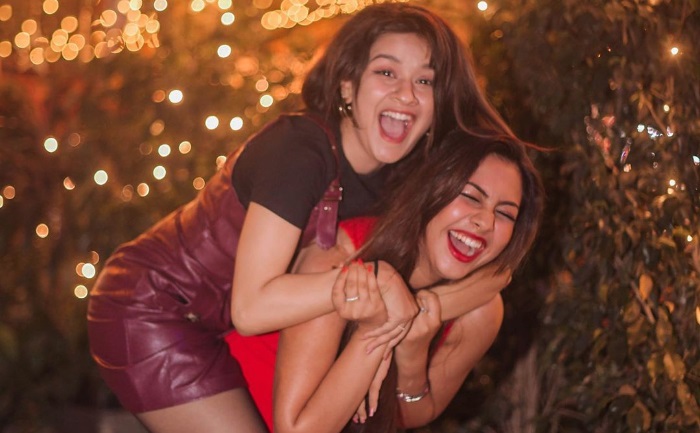 Avneet Kaur, the lovely lady of Indian television and also a Tik Tok sensation, and Reem Shaikh, also another skilled star of Indian television, have been buddies and are giving us friendship goals through the different social media platforms. These divas are the most famous actresses of this generation who have come a long way in their careers. 7 Times Tik Tok Star Avneet Kaur Rocked The Traditional Look

For the unversed, Avneet Kaur is not someone who is new to all the glamour and fame. She began her career from a very young age as a contestant in Zee TV’s “Dance India Dance Li”l Masters.” Also, she later participated in “Dance ke superstars” and then marked the debut in acting in “Meri Maa” as Jhilmil. Avneet Kaur Unknown Facts

Not only that, Avneet Kaur got huge recognition for her performance in the popular drama “Mardaani.“ Further, Avneet Kaur has also been a prolific actor over a couple of years wherein she got included in many shows as well as being active on the scene.

She is currently playing Princess Yasmine in SAB TV’s Aladdin — Naam Toh Suna Hoga alongside Siddharth Nigam — has now become a TikTok and social media star. Yes, the gorgeous diva has millions of followers on Instagram and TikTok.

Talking about Reem, she is also an Indian TV actress, popularly known for her character Kalyani Malhar Rane in ‘Tujhse Hai Raabta’ on Zee TV since September 2018.

Reem Shaikh has also made special appearance roles in the known show ‘The Suite Life of Karan’, Kabir’ and ‘Best of Luck Nikki Season 3.’ She also did a cameo on ‘Yeh Rishta Kya Kehlata Hai’ as Prerna/Chikki.

The actress made her debut in 2010 with ‘Neer Bhare Tere Naina Devi’ as Lakshmi. Not many know, but Reem played a cameo in the Amitabh Bachchan and Farhan Akhtar starrer ‘Wazir’ in the year 2016 and now, she has made her Bollywood debut with ‘Gul Makai’  which has received mixed reactions from critics and audience.

Without any further ado, let’s take a look at Avneet Kaur and Reem Shaikh’s adorable photos:

Yes you’re allowed to have other friends, You just have to love me more.👻👅💕 Tag your besties! @reem_sameer8 📸- @singhjaijeet_4 #aboutlastnight

Happiest birthday to this beautiful girl @reem_sameer8 ❤️😍 you’re a gem! Always stay the same baby girl I love you so muchhh!!! Bas itna bolungi khush reh, hasti reh 😘😘 and please stop getting hotter day by day kuch logon ko complex hota hai!😂 And also thank you for always being there! Always one call away! You’re a great friend, a loving daughter, and a pure soul😘❤️ Keep shining baby and keep inspiring people! So so proud of you my munchkin ❤️ Cheers to all the talks and gossips we share😂🙏🏻 nobody has to know about that thou!😑👅 haha My sweet sixteen😘😘 I love you soooooo muchhhh!!! Muahhhh🙈❤️ (I was waiting to upload this picture on your birthday since so long🤦🏻‍♀️😂 haaashhh finally)

I love you @avneetkaur_13 ❤️ your love feels so genuine

Aren’t these two setting true friendship goals? Comment below your thoughts below.