Apparently, paparazzi has stopped hanging outside since neighbours complained and the police was called. 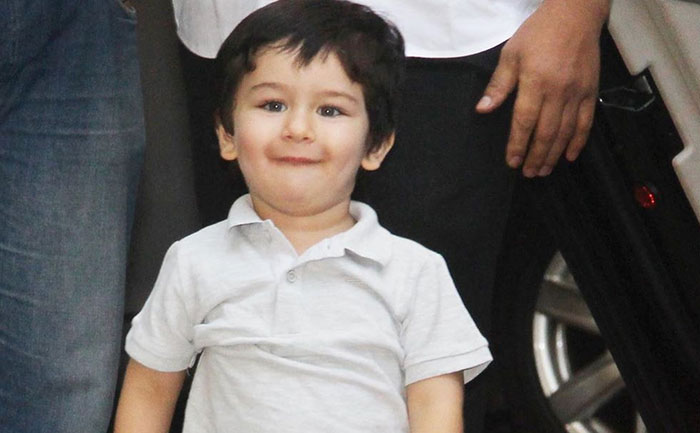 Kareena Kapoor and Saif Ali Khan never liked whenever the paparazzi and the media were clicking photos of their son Taimur Ali Khan. The constant media attention on Taimur was quite often annoying them. Lately, in many interviews Saif and Kareena expressed their concern over the unnecessary paparazzi running behind Taimur.

However, recently, Saif Ali Khan told the journalist Anupam Chopra in an interview that neighbours had began complaining as they were of the view that the photographers were creating ‘unsafe’ environment outside the building. The actor also told that his son Taimur doesn’t show interest in having his photographs taken. Now, Taimur has began telling the Paparazzi ‘No pictures please.’ He also revealed that about two months ago, their neighbours had complained which eventually made the paparazzi to stop being around.

“Taimur is very happy, he is the least interested…” Saif Ali Khan said, “No pictures please, he started saying it as well. He doesn’t like being photographed.” the actor added.

Also, Saif Ali Khan said that before Taimur would shout at the photographers. Although the actor told his son to be polite and instead say ‘please.’

The Sacred Games was also reported saying that the paparazzi would hang around and smoke which made things looked a little ‘unsavoury’ and also that it was quite ‘elegant’ of the paparazzi to move on.

On professional front, the actor will next be seen in Laal Kaptaan and Jawaani Jaaneman.

Also Read: Here Is Why Kareena Might Decide To Send Taimur To Boarding School