Sushant Singh Rajput's friend Samuel Haokip revealed that the late actor was in a relationship with Sara Ali Khan. 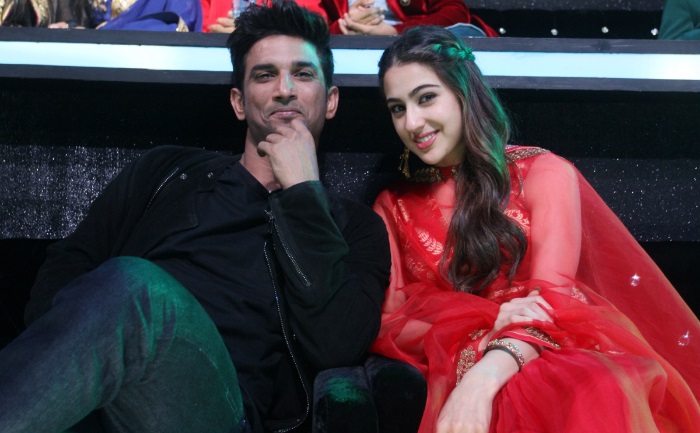 Sara Ali Khan made her Bollywood debut with Abhishek Kapoor’s ‘Kedarnath.’ The duo’s on-screen chemistry was quite appreciated by the audience, in fact, there were also rumors stating that they were dating each other in real life. However, neither of them commented on it publicly.

Now, SSR’s close friend Samuel Haokip, in his Instagram post, revealed that Sara and Sushant were in love, however, she ended the relationship post the actor’s 2019 film ‘Sonchiriya’ failed at the box office. He captioned the post, “We accept the love we think we deserve – Stephen Chbosky.”

Samuel wrote, “I remember the time during Kedarnath promotions… Sushant and Sara were totally in love…they were inseparable…so pure and childlike innocence. They both had tremendous respect for each other which was so rare to see nowadays in relationships.”

“Sara along with Sushant had genuine respect for everyone in Sushant’s family…be it family, friends and even staff. I wonder whether Sara’s decision to break up with Sushant right after Sonchiriya’s box office performance was due to any pressure by the Bollywood mafia,” wrote Samuel.

We accept the love we think we deserve -Stephen Chbosky

SSR passed away on June 14, 2020, following his demise, Sara took to her Instagram handle to mourn the death of her first co-actor, she shared a behind-the-scenes photo from the making of ‘Kedarnath,’ in the photo the duo can be seen laughing heartily, she captioned it as, “Sushant Singh Rajput ❤️💔❣️”

On Wednesday, the Supreme Court ordered that Sushant Singh’s case will be investigated by the Central Bureau of Investigation (CBI) and Mumbai police have been told to hand over all evidence it has collected to the agency.