Sarileru Neekevvaru earned Rs 100 crore even before its release? 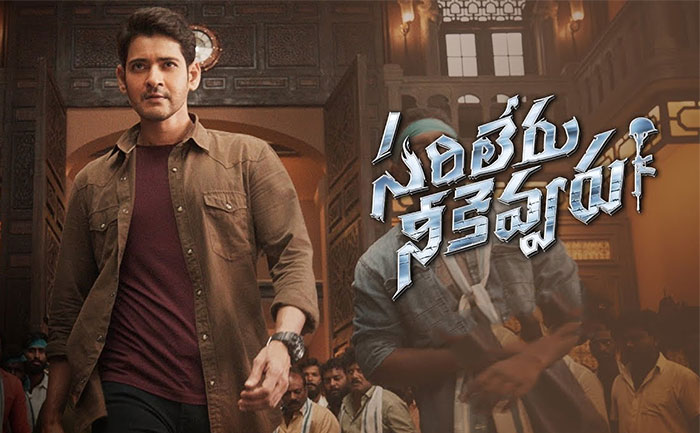 Mahesh Babu’s much awaited movie Sarileru Neekevvaru is just a few days away from its release date. Sarileru Neekevvaru, which is yet to hit the screen has reportedly earned over Rs 100 crore. Yes, we are talking about pre-release business of Mahesh Babu starrer, which has now been closed throughout the country.

According to reports, worldwide theatrical rights of Mahesh Babu’s upcoming film are valued at Rs 100.30 Cr which includes all expenses. We have brought you area wise break up of pre-release business of Sarileru Neekevvaru here:

Notably, this is the highest ever pre-release business of Maheh Babu’s film. According to reports, earlier his best movie was Bhatat Ane Nenu, whose Worldwide theatrical rights were sold at Rs 99 crore.

Speaking about movie’s title, in a media interaction, producer of the film Anil Sunkara said, “Sarileru Neekevvaru is not defining a person, it is for the entire soldiers who stand for our country Indian and save us from the enemies. Mahesh Babu plays a soldier in the film and what he does after coming to Rayalaseema is the whole film about. Once you see this film Sarileru Neekevvaru, you will understand the justification automatically.”

The film has already created a lot off buzz and expected to open with a bang. Looking at people’s excitement, Sarileru Neekevvaru is likely to break all the previous records of Mahesh Babu.