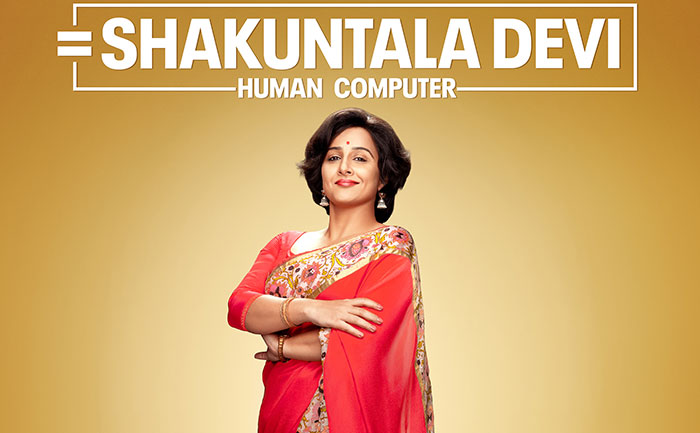 Actress Vidya Balan will soon be seen playing the role of math wizard Shakuntala Devi aka ‘human-computer’ in a biopic. Recently the talented beauty took to her Instagram account and announced the release date of the film. But she did it with a twist. Yes, the Kahaani star teased fans with a math problem first.

Vidya Balan wrote, “Hi, everyone! I have some exciting news to share. The release date for Shakuntala Devi has been decided and it will release in exactly 148 days from now.”

In the video, we can see Vidya asking fans, “Kya hua? Calculation nahi kar paa rahe? Kya laga, Shakuntala Devi hoon, aise hi bata dungi? Chalo, one more try. (What happened? Unable to calculate? Did you think Shakuntala Devi would give you the answer just like that? Okay, one more try),” she added.

She finally relented and revealed that the Shakuntala Devi biopic will release on May 8, 2020.

For the uninitiated, Shakuntala Devi was nicknamed “human computer” for her ability to make incredibly complex calculations within seconds. She was discovered at the age of 5 when she solved a math problem meant for 18-year-old students. She didn’t receive any formal education but her talent for numbers also earned her a place in the 1982 edition of the Guinness Book of World Records.

Apart from being a mathematician, Shakuntala Devi was an astrologer, cookbook author and a novelist. She has also authored the book The World Of Homosexuals.