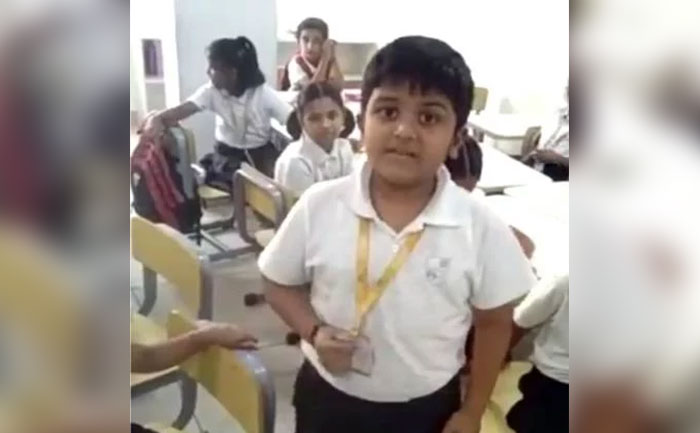 A video of the youngster singing the popular track from the Tamil film ‘Annai’, shot inside a classroom at a city school, has been widely circulated. The young boy from a Chennai school was later identified as Krishaang, a contestant on the new season of Super Singer Junior 7. He has become the rage of the town ever since his video belting his heart out while singing Buddhi Ulla Manidharellam, the famous song from Tamil film Annai rendered by the yesteryear artiste Chandrababu.

The viral video of Super Singer Junior 7 was and praised by music composer S. Thaman, who said that the boy would be a future Shankar Mahadevan. He tweeted, “This song has so many chromatic notes and crazy vibratos. This boy just nailed it with so much ease. I request his parents to give [him] the best ever training possible.”

This song has so many chromatic notes and crazy vibratos this boy jus nailed it with so much ease … I request his parents to give the best ever training possible … future @Shankar_Live for sure ♥️ https://t.co/xjNoQVTT9h

Krishaang will be seen in Super Singer Junior 7 which airs on Vijay TV. He has been selected to participate in the show and will compete against 19 other young contestants. In the reality show’s first episode Krishaang along with another contestant sang the peppy song Ennama Kannu Sowkiyama? from the Rajinikanth film Mr Bharat. They were praised by the judges of the show: Shankar Mahadevan, Chitra, Kalpana, and actor-singer Nakul.

Here is the original version: