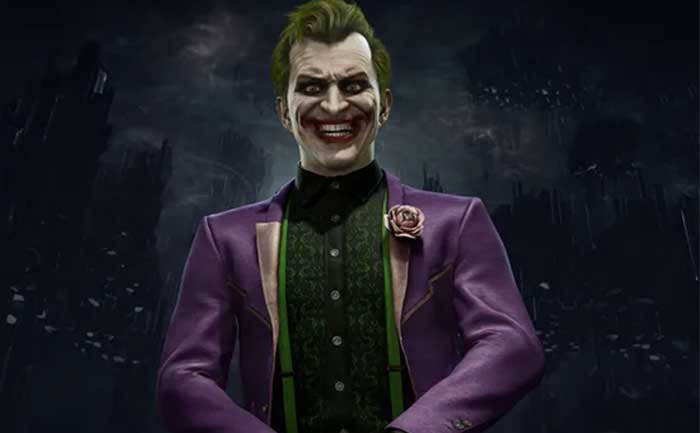 The Joker is making his way to Mortal Kombat 11 and he is as unhinged as ever. NetherRealm Studios recently revealed the gameplay trailer for Joker who is all set to join Mortal Kombat 11 as a DLC character. The character will release for early access on January 28.

However, what seems to be getting the most attention is the hilarious yet diabolical fatality Joker is bringing with him. The gory fatality sees the Joker handing their opponents an exploding cake and then proceeding to shoot the life out of them with a machine gun under a huge ‘friendship’ sign. Cue Joker’s signature deranged laugh.

In addition, the trailer also reveals the Joker’s first fatal blow in Mortal Kombat 11. It sees the Joker stabbing his opponent repeatedly before splitting their head open with a hatchet. NetherRealm Studios is also set to release new DC skins along with the DLC character for PS4, Xbox One, PC, Nintendo Switch, and Google Stadia game later this month.

The official character description for the DLC character reads “Unpredictable, violent, and incredibly dangerous, The Joker, is chaos personified. He’s killed Robin, crippled Batgirl, and tortured and murdered countless people throughout the DC Universe. And now, he’s the latest Kombatant to join in Mortal Kombat.”

The graphic violence and flashy special moves of Mortal Kombat 11 seem like a natural fit for the Joker. It isn’t hard to imagine The Joker amongst the monsters and wizards of Mortal Kombat. In light of The Joker getting 11 nominations at the Academy  Awards, the character’s arrival to Mortal Kombat couldn’t be at a better timing.

Tujhse Hai Raabta Jan 17, 2020 written update: Malhar divides everything in half as he divorced Kalyani