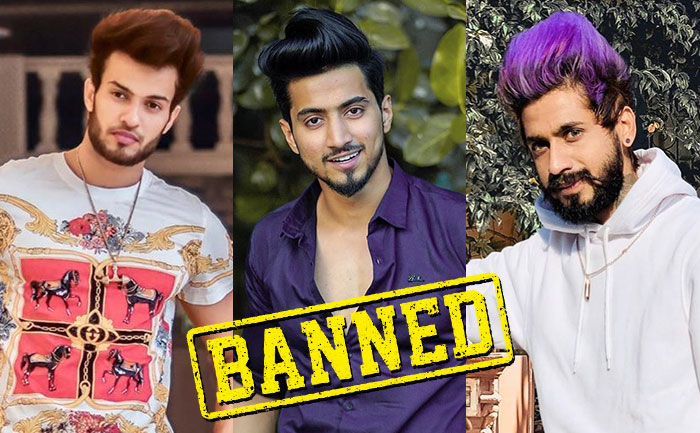 TikTok has landed in hot waters due to the nature of its content again. A TikTok creator Faizal Siddiqui was accused of glorifying acid attacks on women through one of his videos. This has led TikTok to ban the account for violating multiple community guidelines. However, the damage may already be done as TikTok has been bombarded with 1-star reviews after the controversy. In fact, the popular video-sharing app’s rating has gone down to 1.2 stars from 4.5 in a matter of days.

Earlier, Faizal’s brother Amir Siddiqui also started a war of words with YouTuber CarryMinati. This led to CarryMinati roasting TikTok and Amir Siddiqui. However, the video was taken down from YouTube on account of cyberbullying. This also prompted angry CarryMinati fans to downvote TikTok. Mr. Faisu is a popular TikTok creator who’s real name is Faisal Shaikh. He has over 28 million followers on TikTok. However, TikTok banned the account of Mr. Faisu for violating community guidelines after he posted a video on Tabrez Ansari.

The video about Tabrez Ansari was uploaded on TikTok by Mr Faisu, Hasnain, Faiz, and Sadhan. In the video, team 007 was seen enacting a message that says, “Innocent Tabrez was killed, but if Tabrez’s son grows up and takes revenge then Muslims shouldn’t be branded as terrorists.”

Shiv Sena activist Ramesh Solanki had filed a complaint against Mr Faisu and his five other friends. In his complaint, Solanki mentioned that the video was inflammatory and could incite violence in parts of the country. Mr Faisu and his team took to Instagram to apologize for the video and took it down.

The TikTok creator returned back to TikTok in March this year. Hasnain Khan is a popular TikTok creator and he was a part of the video that got Team 07 banned for violating community guidelines. He has over 14 million followers on TikTok. Meanwhile, Hasnain has also returned to TikTok in March after a long ban due to the controversial video.

Shadan Farooqui was also a part of Team 07. The popular TikTok creator went by the name Saddu07 on TikTok and had over 7 million followers on the platform. After the controversial video about the lynching of Tabrez Ansari went viral, Shiv Sena’s Ramesh Solanki filed a complaint against Team 07 members. Along with other Team 07 members, Shadan also returned to TikTok in March. TikTok banned the account of Stephen Yaxley-Lennon (aka Tommy Robinson) for violating multiple community guidelines. These included the use of hate speech. This ban is permanent which means that Robinson cannot make a return to TikTok. In fact, the user has been banned from all other major social media platforms, including Instagram, Facebook, Twitter, and Snapchat. Faizal Siddiqui was a popular TikTok creator who got banned from TikTok for violating multiple community guidelines. Moreover, he was ostracized for glorifying acid attacks on women. The video in question showed him throwing a liquid on a girl’s face for leaving him. After he throws the liquid, the girl is seen with grotesque make-up which could represent an acid attack victim. The video has caused massive outrage with many calling for the ban of TikTok altogether. Twitter saw the #BanTikTok trend in India. In fact, the app’s rating has gone down drastically on the Google Play Store since the video went viral.