Reema Lagoo And Supriya Pilgaonkar's Tu Tu Main Main To Make a Come Back on Television? 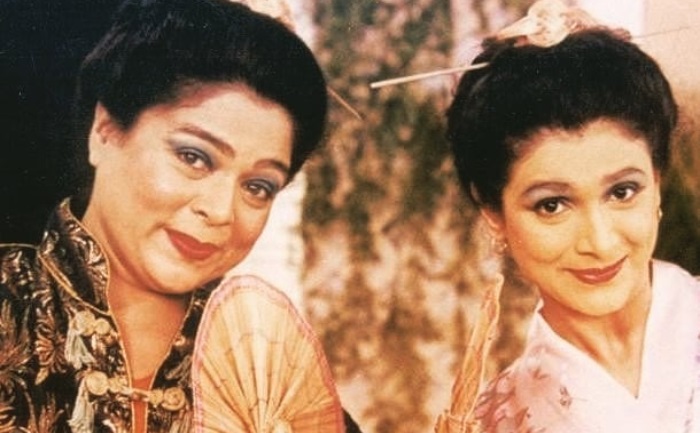 Tu Tu Main Main one of the most popular sitcom of the 90’s, is reportedly all set to make a comeback on Indian Television. The show that features Supriya Pilgaonkar and Reema Lagoo as Saas-Bahu won hearts with their cute squabbles. It first aired on DD Metro in 1994 and later on Star Plus.

Tu Tu Main Main was produced by Nirja Guleri and directed by Sachin Pilgaonkar. It garnered immense popularity among the viewers due to its relatable plot. A sequel of the series ‘Kadvee Khattee Meethi’ with the same theme and extended cast was also aired on Star One.

As reported by sources to Spotboye, Tu Tu Main Main is set to be back on television but this time on Star Bharat.

The sources said, “Star Bharat is revamping his shows completely and will be coming up with some new shows focusing majorly on comedy genre. And the popular sitcom which has created a benchmark ‘Tu Tu Main Main’ they are planing to bring back. Things are yet to get finalised and discussions are at the initial stage.”