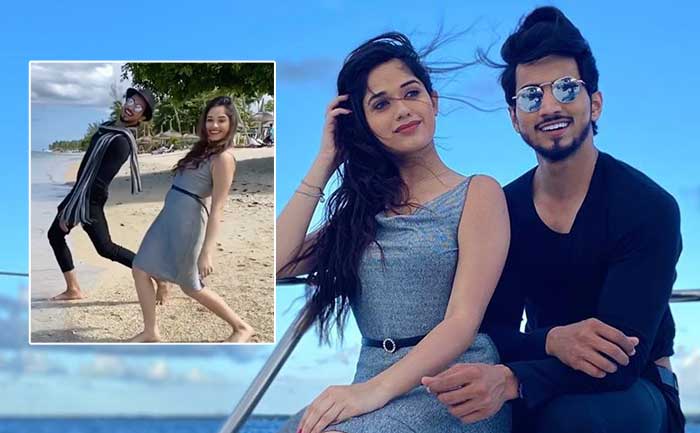 TikTok sensations Jannat Zubair is one of the most popular television actresses and a Tik Tok sensation too. She had made her television debut with Dil Mill Gayye and later went on to star in many more serials. Jannat’s chemistry with Faisal Shaikh aka Mr.Faisu is much loved by their fans. The duo was seen in an entertaining music video “Fruity Lagdi Hai”. The song went on to be a rage and was loved immensely by the viewers. Since that music video, fans have started crushing over Faisu and Jannat’s pair.

Jannat and Faisu have been seen together on multiple occasions. Recently Faisal in an Instagram post had hinted that their upcoming collaboration may be shot in Mauritius. Looks like that may be true, as Faisal announced that he is on a vacation in Mauritius.

Well, the tik tok sensations are in Mauritius and were seen having a fun time together. They recently enjoyed parasailing and cruising and also shot for a music video there. Recently, they were also seen dancing by the beach.

The last music video of Jannat Zubair and Faisal Fruity Lagdi Hai had garnered over 74 million views on YouTube. Looks like their new collaboration will also create a huge buzz on social media.