Users Can Now See How Many Times The Messages Was Forwarded 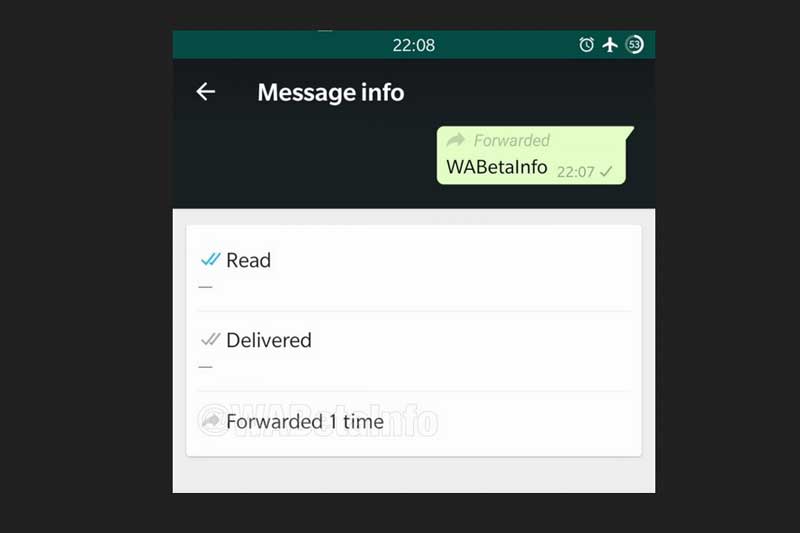 Social Media has the power to instantly reach millions, but this power can be manipulated and used by anti-social elements to spread fake news and rumours. WhatsApp has been facing heat in India regarding the spread of rumors that has cost a few lives. Facebook is also floppy to find a concrete solution to tackle news and info that can affect election results.

Overall it looks things are out of control for social channels to act, but still certain features, changes can bring massive improvements. WhatsApp is looking forward to introducing two new features in its upcoming update. One is Forwarding Info, it will tell users how many time the message is forwarded according to coverage by wabetainfo. This will to some extent can curb the uncontrolled spreading of news and rumors by giving end-user a chance to verify before acting.

The second feature is Frequently Forwarded that will appear in the chat window on the top of the message, where we see an arrow and forwarded message. It will tell a user the current message is frequently forwarded. Both features sound good-enough to let users decide what’s going with a viral message. Habitually a user is prompted to share something he/she finds unique or important, with the help of feature they will learn that it has been already shared by many.

Once a message is simply marked as frequently forwarded it will directly notify a user the message is already popular, can be spam or fake news. However, WhatsApp had already placed a limitation on the limit of forwarding message at once.