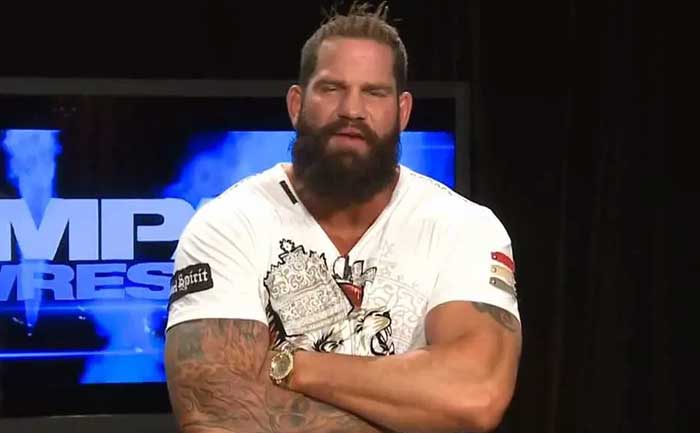 Former WWE and TNA star Matt Morgan sat down with FOX 35 Orlando to discuss his wrestling career, being mayor of Longwood, Florida and more. Matt Morgan is best known for his time in Total Nonstop Action Wrestling. However, these days Morgan has traded the wrestling boots for a career in politics. He is the mayor of Longwood, Florida. This doesn’t mean that doesn’t miss certain aspects of being in the wrestling business. The former TNA star admitted that he missed the charity aspect of the business the most.

“The thing that I think I miss the most when I look back on my wrestling career is the charity portion of being on the road and going to give kids motivational speeches in their schools,” Morgan stated. “You’re a role model! Those kids look at you like a comic book hero or comic book villain depending on your character.”

Matt Morgan also talked about his run as the mayor of Longwood, “I want all our residents to be emotionally invested, especially our kids. It used to be they wouldn’t say, ‘Yeah, I’m from Longwood.’ Well, now they are! They are, they’re calling it Strongwood.”

The former WWE star retired from professional wrestling in 2019. When asked of a possible return to the squared circle, Matt said, “I’ll tell them when they say that to me, ‘Guys, what I’m doing now is 10 times more important,'” Morgan said. “Not to take away from any professional wrestler, what they do is really, really cool and they are role models, but I’ll argue that it’s what you do with it once you leave that can be even more telling and be even bigger.”